Love. Oil. Economic freedom. We come full circle from when oil was first discovered until it runs out in this drama with dystopian elements, appropriately named Oil. We move through five-time frames, from Cornwall in 1889 and Tehran in 1908 to Hampstead in 1970 in the first act, then Baghdad in 2021 and back to Cornwall half a century later in the second.

May (Daniela Farinacci) is pregnant in the bitter cold in the dead of winter in Cornwall in the late 19th century. She has the love of her life, her hard-working husband, Joss (Charlie Cousins), on the farm with her, along with the rest of his family. His clan has worked the land for generations. In the dark, their home is lit by candles. Suddenly they are paid a visit by an American who introduces them to the next big thing – a kerosene lamp that runs on oil. He makes a generous offer to buy the farm so his company can mine the liquid gold, but Joss makes it clear the family is happy to make do with what they have. May sees it differently and up and leaves.

Next, she turns up as a maid in the early 20th century with her eight-year-old daughter Amy (Hannah Fredericksen) in tow. Once again, she is scrapping to get by and takes advantage of a military man (Matthew Whitty) who, in turn, has no compunction about exploiting the Iranians in the Brits’ desire to secure oil reserves.

Sixty-two years on, May is now running a big oil company that is making huge profits from Libya when Colonel Gaddafi comes to power. At the same time, her 15½ year old daughter detests what her mother is doing and has fallen for a boy (Darcy Brown), who her mother makes clear isn’t good enough for her. Then a member of the Gaddafi regime, Mr Farouk (Khisraw Jones-Shukoor), pays a visit, dramatically changing the rules of engagement. May is none too happy.

After interval, we move to Baghdad in the near future, where Amy has spent the past three years trying to do good for an oppressed nation. Out of the blue, her mother – by now a former MP – turns up because the situation is volatile. May wants to take her daughter home, but she refuses to go.

Finally, a half century has gone by when oil has run out and Amy is tending to her ageing mother at home. They are once again freezing and hungry when they are paid a visit by the representative of a Chinese company offering a nuclear solution. Mother is immediately suspicious, daughter is not, but then there is a catch, both environmental and political.

Written by British playwright Ella Hickson, Oil was first performed in London in October 2016. A searing play about choices and consequences, Oil is both a devastating family portrait and definitive commentary about energy, authority and politics. While it spans more than a century and a half, it isn’t as straight forward as a simple timeline may sound. It deliberately skips generations while the ghosts of the past come back to bite, time and again. A few of the exchanges are in Arabic and Mandarin, in keeping with the theme of the narrative arc. 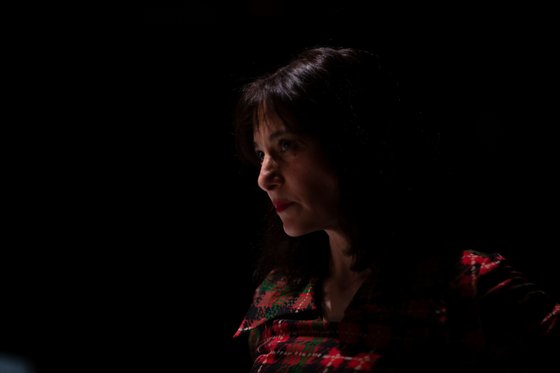 The 10-strong cast – half of whom fill multiple roles – is characterised by a series of powerful performances. Most notable are the two leads, Daniela Farinacci and Hannah Fredericksen, as mother and daughter. In reality they are two halves of a whole or two sides of the one character, as can be seen by a transposition of the letters May to form Amy. One is idealistic and optimistic, the other more practical and mercenary. Neither takes as backward step as they frequently lock horns. Mother-in-law (Jennifer Vuletic) also makes her mark in the few scenes she is in, as does husband Joss (Charlie Cousins).

Oil leaves a lasting impression, calling into question the so-called benefits of progress. Directed by Ella Caldwell, the three-hour play (including interval) is on at Cromwell Road Theatre, 27A Cromwell Road, South Yarra until 15th December, 2019.