The Making of Christina by Meredith Jaffe is the first I’ve read by this author, but will not be the last. She’s taken the story of an intense, all-consuming affair to a confronting, evocative level. 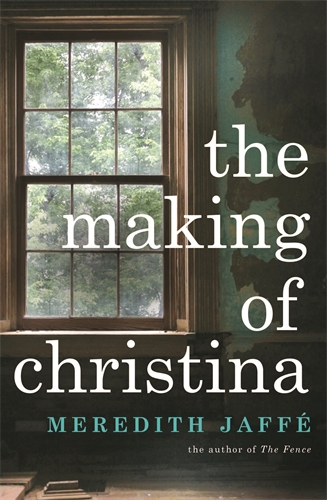 Interior designer Christina Clemente is caught off guard by an intense affair with her charismatic client, Jackson Plummer. He quickly becomes the cure to Christina’s loneliness and a surrogate father to her young daughter Bianca. When Jackson suggests moving to a rundown farm in the mountains, Christina soon forgets her initial hesitation and absorbs herself in restoring the rambling century-old house, Bartholemews Run, becoming obsessed with solving its mysterious history.

But while living on the isolated farm, her once effervescent child transforms into a quiet sullen teenager and Christina increasingly struggles to connect with her. Because Bianca has a secret. And the monstrous truth threatens to destroy them all.

Christine is a flawed but relatable character, who falls head-over-heels for businessman Jackson, never once thinking of the impact on her daughter, Bianca. And by the time she does, the damage is done – to Bianca, to the mother-daughter relationship, to friendships, and to Christina’s soul.

Forgiveness and resilience are strong themes, but stronger yet is mother guilt. The whole story, which flits back and forth between past and present, is underpinned by Christina’s evolution as a woman – the title is very apt – and the guilt that eats at her as the explosive impact of her lust-fuelled relationship is unveiled.

Once again, this is not a happy read, but an excellent one that leaves readers with what-ifs, questions and theories after the narrative’s end is reached. (Pan Macmillan, $29.99)