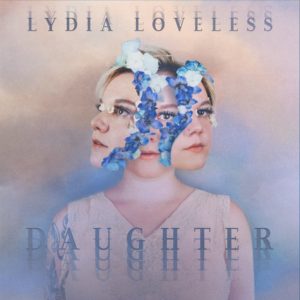 In the nearly four years since Lydia Loveless’ last album, Real, the country-rock singer/songwriter has divorced her bass player husband, left her record company, and moved house, before writing and recording her new record, which has been released on her own label. If on Real she refined her edgier cow-punk leanings with a more accessible pop friendly tone, Daughter is a more reflective, more introspective effort, with the singer setting out to define herself on her own terms.

“I’m standing on my own now,” she sings in “Never,” “isn’t that what everyone wants?” She’s accepted that things will never be what they were and she’s prepared to live with the consequences, as she sings “I carry around this pain, I live all the mistakes I’ve made.” While the song is about regret, she sings with a renewed sense of clarity and triumph, over brisk piano runs and a punchy drum beat. In the title track, she’s exploring a woman’s worth if she’s not defined as someone else’s wife, or sister, or relative. Is it enough for a woman to just be accepted for who she is, this in a gentle country leaning ballad. Closer to her rocker roots is “Love Is Not Enough,” where she demands more than warm emotions from her life, and the uptempo pop vibe of “Wringer,” where she puts a positive spin on survive life’s harder losses.

For “September,” Loveless is back at the piano for a ballad, reflecting on celebrating her birthday at a time when she’s on her own and “starting over.” She’s joined on a harmony and backing vocal by Against Me!’s Laura Jane Grace, describing that moment when she knew it was time to leave. Daughter has the feel of a transitional album, as the singer works to find her own voice, her own sense of direction for the next stage of her life and career.