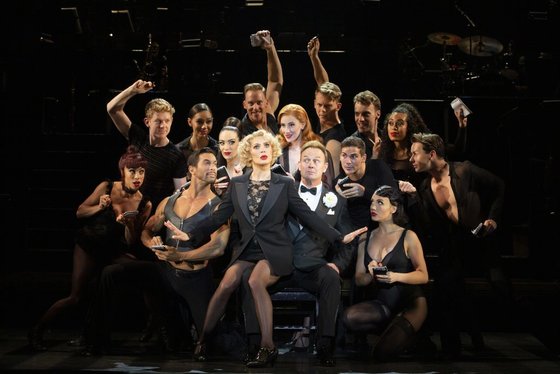 With lyrics by Fred Ebb, music by John Kander and a book by Ebb and Bob Fosse, the time frame is jazz-age Chicago. The musical is based on a 1926 play by reporter Maurine Dallas Watkins who wrote about criminals and crimes. In sharp focus is the justice system and the concept of celebrity murderers being given preferential treatment.

Most attention is on Roxie Hart, who shoots dead her muscular lover Fred Casely as he attempts to break off an affair with her. In prison, the self-absorbed Hart steals the limelight from a fellow felon, vaudevillian Velma Kelly, both represented by high profile lawyer Billy Flynn who knows how to play the system.

Chicago debuted on Broadway in 1975 (after which it was nominated for 10 Tony Awards), the West End in ’79 and Australia two years later. The 2002 film with Renee Zellweger, Catherine Zeta-Jones and Richard Gere went on to claim six Academy Awards.

The musical kicks off with the brilliant All That Jazz. Cell Block Tango remains a perversely delicious scene setter for the six ladies who find themselves incarcerated for murder.

Casey Donovan is the undoubted scene stealer as Matron “Mama” Morton, with that big voice and the theatrics to boot to make When You’re Good to Mama her own and to ensure we never forget that performance. Bassingthwaite as Roxie Hart and Chidzey (Velma Kelly) have strong chemistry as cell block rivals always looking to be the centre of attention. Bassingthwaite has great comic radar, while Chidzey is confidence personified and does “indignant” particularly well. Both have plenty of time to shine.

Donovan, as hot shot lawyer Flynn, doesn’t miss a beat and has some biting one-liners, even if vocally he isn’t quite as strong. Rodney Dobson has a heap of fun as Roxie’s overlooked, downtrodden, puppy dog husband Amos, with a notable solo in Mister Cellophane. Andrew Cook is a show pony extraordinaire as murder victim Casely, with a six pack he has every reason to be proud of. He makes each moment on stage count. J. Furtado impresses as empathetic journalist Mary Sunshine, while Jessica Vellucci leaves an indelible footprint as a Hungarian axe murder (with no English language skills, other than to perpetually mouth “not guilty”). 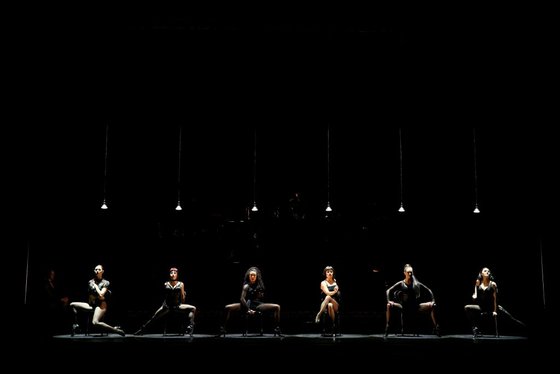 The ensemble is lithe, muscular, slick and melodic – a perfect support. The 15-piece band takes a good portion of the central stage area, encased in lights and conductor/musical director Daniel Edmonds is twice introduced into the action, even managing to say a few words (a very nice touch). The minimalistic set and props certainly don’t distract from an entertaining and engaging satirical story arc.

Sitting close to the back of the beautiful State Theatre, some of the voices didn’t carry as well as they should have. Still, Chicago remains a wicked and amusing pleasure. It is playing at State Theatre, Arts Centre Melbourne until 23rd February, 2020.