Not a new concept but so unacknowledged!  Yes, the middle aged woman is pretty much invisible.  If you’re over 40 and female, one could rob a bank, steal a car or murder someone and likely no one would ever think it was you. Can You See Her chronicles the effects of loss and how age erodes the sense of self from a woman and mother. 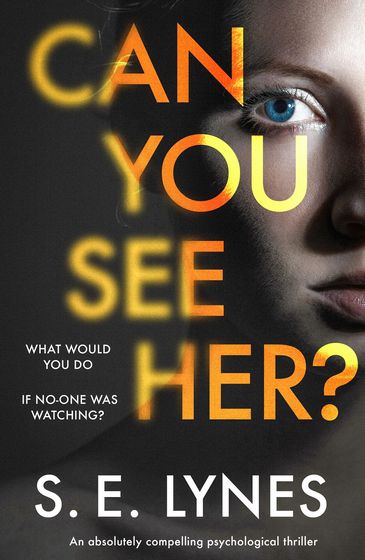 Rachel Edwards is a collector of local true crime news, terrified what the rise of knife crime is doing to her country.  With the aim of one day presenting her findings to her local MP, Rachel’s hobby causes concern in her family. Her snarky teenage daughter rarely has anything kind to say to Rachel anymore and it would appear that her vanilla husband Mark can barely look at her in the face either.

Taking to walking the streets of her town at night, Rachel has a huge love for all those that she meets – the lost, the lonely, the displaced. She has a kinship for these people, and is horrified when their names come to her again, this time mentioned as murder victims in local crime reports.

Author S.L. (Susie) Lynes obviously has much to say about how a life of the mature woman can come to a grinding halt when there is still so much time left to fill.  Not the book to read if you now find yourself living on M Street (ie Menopause) as all the affirmations of how pointless the life of a middle aged woman apparently is feature heavily in this book.  So much ouch.

Wanted to like this book as the main premise was so intriguing but it was less about taking back a power and more about the flailing about of a victim in slow motion ie Rachel herself.  A sympathetic character, but not a very bright one it seemed.

This is a book to read when you feel like having a bit of a whine about the world and seeing that someone else got there first!  Lynes writes very chattily and her lead was a warm and sympathetic character. As a mystery, it does struggle connecting each incident to the larger plot, ie who is it out there that is committing these crimes.  The conclusion also fades to grey rather than going out with a bang.

Can You See Her is an ebook published by Bookouture.