“One of the most internationally acclaimed films of the decade,” declares the advertising blurb. Yeah, yeah, we’ve heard that before, right? But in the case of Burning, the hype is real. This is absolutely one of the best films you’ll see this year.

Asian cinema sometimes gets marginalised in our Hollywood-obsessed popular culture. But with Hirokazu Kore-eda’s Shoplifters winning the Palme d’Or last year and now Burning winning prizes at multiple festivals, east Asian cinema is having something of a moment. 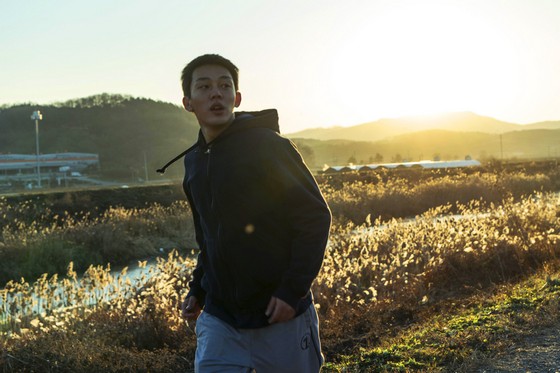 In contemporary Seoul, shiftless Lee Jong-su (Ah-in Yoo) runs into a childhood friend, Shin Hae-mi (Jong-seo Jun). They both come from Paju, near the North Korean border. But both of them have plans. Hae-mi is travelling to Africa; while Jong-su is returning to Paju to look after the family property. Hae-mi convinces Jong-su to look after her cramped apartment – and her cat – while she’s away. He agrees, perhaps wanting more than just friendship. Hae-mi, it seems, feels the same; and a romantic afternoon ensues before she leaves. When Hae-mi returns, she introduces Jong-su to Ben (Stephen Yeun). He was “the only other Korean” on Hae-mi’s African adventure and it seems they shared some memorable experiences there.

Ben is everything Jong-su isn’t. He’s charming, outgoing and wealthy – even though he doesn’t seem to have an occupation. Hae-mi seems to be falling under Ben’s charms, much to Jong-su’s chagrin. Typically for him though, he keeps it all bottled up. But a fateful evening the three share in Paju will change the course of everyone’s life.

Burning is a particularly good title for this film, because it’s both a slow-burn and incendiary. I’ve been cautious not to give away the key twist in the film, because it gives the film its power. I left the cinema shaken by this film. But the way, the title is explained about half way through, though the film references things burning from the opening frame.

Director Chang-dong Lee seems to be a fan of the French New Wave, and his film echoes many of its tropes. He even includes an audio reference to Louis Malle’s Lift to the Scaffold for good measure. But it’s also distinctly contemporary and distinctly Korean.

Lee co-wrote the script with Jungmi Oh; adapting a short story (“Barn Burning”) from Haruki Murakami. They’ve created an intricate story that’s deeply personal but which explores momentous themes and develops a haunting mystery. Lee’s direction is similarly intricate. Even though the film runs for nearly two-and-a-half hours, I barely noticed the time passing. That said, it does take a while to get going; but once it does, Burning is gripping cinema.

The performances from the cast members are brilliant. Ah-in Yoo is fantastic as the naive Jong-su. He draws out the character’s insecurities, despite his rather dour exterior. Jong-seo Jun counterpoints him nicely as the bubbly, uninhibited Hae-mi. But Stephen Yeun (The Walking Dead) really makes the film as the enigmatic Ben.

Although it might seem a bit daunting at first, please give Burning a go. This is a great film with a compelling story and wonderful performances. See it!