What would Aussie TV be without the luminous Claudia Karvan? We’ve seen her grow up on-screen to become one of our most loved and consistent stars on the box. She and producer John Edwards’s affiliation goes back to Network Ten’s The Secret Life of Us in 2001 and now along comes BUMP, the Stan series co-produced by Karvan and Edwards, and co-created by Karvan and TV newcomer, Kelsey Munro.

Karvan’s a grandmother in this one. Not that her character, schoolteacher Angie, is ready for it – she doesn’t even know her schoolgirl daughter, Olympia – “Oly” (Nathalie Morris), is pregnant when she gives birth. To extend the suspension of disbelief maybe a tad too far, even Oly doesn’t know she’s pregnant. But she gets a reality dose when a little human being starts to make its way out of her one day while she’s in the toilets at school. 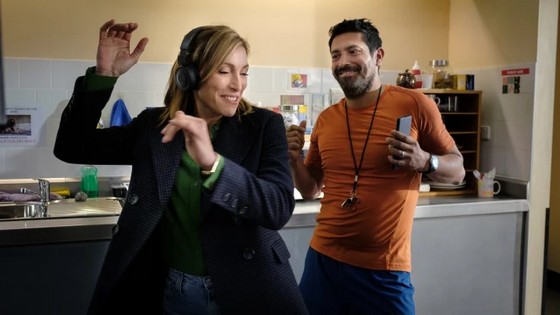 While a family dramedy with teen sex and pregnancy isn’t exactly an original concept, BUMP is admittedly novel in its premise of having the mystery baby appear in the first episode and then having the various players dealing with the fall-out. Sure, questions niggle. How could Oly not have known? Why didn’t the slenderly built girl get big enough for anyone to be suspicious? Good luck to anyone other than Edwards and Karvan pitching that one to cynical TV execs.

Not that those sudden births from so-called concealed or cryptic pregnancies don’t occur, but it’s always unbelievable that the birth mother didn’t notice being kicked from the inside many times a day for months. Perhaps Oly will be forced to confront her own denial more as the series progresses. Regardless, Nathalie Morris (Shortland Street) is confident and astute in her portrayal of the high-achieving teen in shock at what her body’s just done. She matches the more experienced actors in the room.

It’s not really a spoiler to say that things move at lightning speed in the first couple of episodes. The little girl is born and Oly’s initial rejection of her and thoughts of adopting her out soon give way to her decision to keep her. The writers could’ve wrung far more tension and drama out of that dilemma so it seems an unusual choice. Likewise, after we find out that Oly’s nerdy boyfriend, Lachie (Peter Thurnwald), couldn’t possibly be the baby daddy because they’ve never had sex, the culprit – handsome soccer-playing Santiago/ “Santi” (Carlos Sanson) – accepts his paternity and wants to do the right thing by Oly and their daughter. Again, not the path to do take for maximum conflict, but the situation is complicated by Santi’s antics on the side.

Meanwhile, the adults are stuffing things up left, right and centre. Angie’s marriage to dope-smoking slacker, Dom (Angus Sampson likeable in the most obviously comic role), is in deep trouble when we see she’s fallen for fellow teacher, Matias (Ricardo Scheihing Vasquez). He just happens to be Santiago’s dad – meaning the would-be lovers are already co-grandparents.

Dom does his best to try to keep Santi out of his new granddaughter’s life. He doesn’t want anything to interfere with his daughter’s big plans, even though in the immediate present she’s dealing with carrying a little person to school as well as a backpack – a choice that obviously brings maximum shock to her cohort of students who only days earlier didn’t even know she was pregnant. But the presence of a baby in the classroom seems to be accepted very quickly – the creators opting to gloss over another big challenge when it could’ve been wrung for more drama and/or comedy.

All of the diversity boxes were obviously ticked by the producers here. The characters come from numerous backgrounds, with particular emphasis on the whole culture surrounding Santi’s Chilean family. Lachie has an Asian background (Thurnwald is Korean-born) and there are several faces of colour, reflecting a genuine multicultural suburb in inner-western Sydney. Filming under COVID-19 restrictions explains why the supposed newborn baby is far from it – they weren’t allowed to have a younger one on set so a three month-old had to be substituted. It’s quite off-putting to see the baby looking around with strong neck muscles when in fact she should be still a wobbly blob!

Despite the slightly dodgy underlying premise, if you just go with it, BUMP has quite a bit to offer in the way of a cast of relatable, flawed characters just trying to cope with an extremely unexpected event that upends their lives as they know them. There’s enough wry humour at the traumatic situation to bring some welcome levity to the drama, and the combination of dependable experienced actors with younger less tested talents helps the series warm up after the first few taut 30-minute episodes. Morris and Sanson have cute and believable on-screen chemistry, and the supporting characters are all portrayed convincingly.

Writing credits vary from the very experienced Mithila Gupta through to the creator and Karvan herself who’s penned two episodes, while the directing duties are in the safe hands of Gracie Otto (The Other Guy), Geoff Bennett (Home and Away, Doctor Doctor) and Leticia Cáceres, who’s previously done short films.

Already having been renewed for a second season, BUMP obviously impressed the right people early on. It’s not groundbreaking by any means but its merits should ensure it an appreciative local audience at the very least. 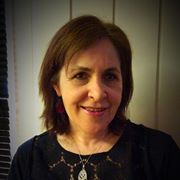