Fifteen years ago Tommy Wiseau showed the world he couldn’t write, act or direct by dishing up the simply horrible The Room. Mind you, he had the last laugh. His putrid offering has became a cult hit around the world, including Australia, where it continues to screen from time to time. The Room even spawned the Oscar-nominated homage The Disaster Artist. That film was based on a book from co-star Greg Sestero. 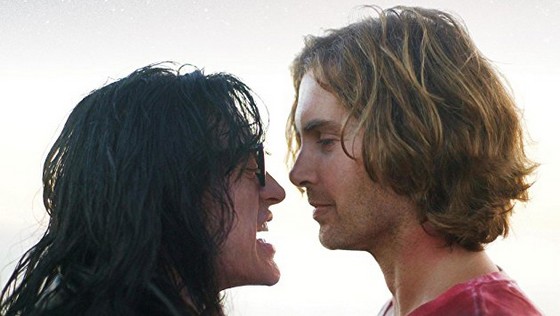 In The Room, the girlfriend of Wiseau’s character cheats on him with his best friend, played by Sestero. Now Sestero has written his own magnus opus in two parts, again featuring the perverse acting – if you can even call it that – of Wiseau. It’s the first time since The Room that the pair has reunited on screen.

Set in Los Angeles, Best F(riends): Volume One concerns a homeless man, Jon Kortina (Sestero). He’s taken in by a decidedly peculiar mortician, Harvey Lewis (Wiseau), who agrees to engage him as an assistant. Kortina hatches a plan to capitalise on a long-held Lewis practice involving the teeth of the deceased. Kortina also manages to get his life back in order, even attracting a girlfriend, Traci Walton (Kristen Stephenson Pino). But greed and jealousy soon rain on the new business with calamitous consequences.

Based on Best F(r)iends, Wiseau has learned nothing of the craft in the intervening period. He is equally as wooden, forced and pathetic as he was first time around.

Like The Room, a great deal of Best F(r)iends feels like amateur hour. Much of the first half is drawn out, contrived and dull. And what the hell is it with director Justin MacGregor’s love of inappropriate slow mos?

When it finally kicks up a gear into something resembling a plot, I suddenly didn’t want to run from the cinema … at least not every minute. Even though the run home had a level of interest, to say that Best F(r)iends ever reaches any great heights would be a lie.

Then just as we thought we had made it to the finishing line, along comes a cliffhanger ending. It points to a sequel that looks just as bizarre, obtuse and lacking in merit. Don’t say you haven’t been warned!