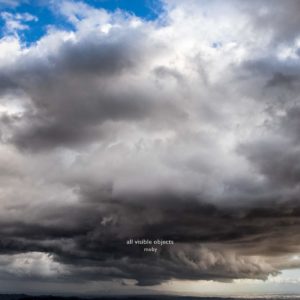 The fact that we’re talking about the 17th album by Moby says a lot. Few artists have the distinction of taking a music form often limited to the club scene – dance, electronica, ambient – and giving it mainstream relevance, earning pop radio airplay in the bargain. Early artistic triumphs like Everything Is Wrong (1995), Play (‘99), and 18 (’02) displayed a creative mix of old world folk music styles from field recordings and blues and Gospel with dance floor beats and advanced techno, with enough melodic seasoning to tap multiple audiences while espousing liberal political and spiritual values and vegetarianism. In concert, he displayed a punk, DIY attitude, that gave the music an additional sense of passion and vitality. In more recent days, more often than not Moby has leaned into the textured ambient sounds with efforts mixed that tap a broader rock soung, like 2016’s These Systems Are Failing, under the moniker Moby & the Void Pacific Choir, while displaying a relevant punk pessimism, and ‘18’s Everything Was Beautiful and Nothing Hurt, which recalled early successes by mixing blues with his more modern dance grooves with more political statements.

Fresh from another ambient project, Long Ambients 2, comes All Visible Objects, a return to the dance grooves of the 90’s on the front end but makes a turn toward the ambient in the album’s second half. The disc’s first single, “Power Is Taken” continues Moby’s political activism, with assists from Dead Kennedy’s drummer D.H. Peligro, while rapper Boogie does his best Zach de la Rocha (Rage Against the Machine) imitation. The second single, “Too Much Change” is an extended piano ballad, with vocal contributions by long-time Moby associate, Apollo Jane, who appears on four other tracks as well. The sad nostalgia for a simpler time is pervasive, here even if the quieter piano playing is juxtaposed with a somewhat sedate dance beat that stretches it out to nearly ten minutes.

While there’s a warm familiar feel to the album’s dance tracks, and a sedate, moody vibe on the piano tracks toward the end, there’s not a lot here that finds Moby moving in new, fresh directions. No one doubts that he’s a pro at bringing these sounds to a record in a pleasing way, but we’ve come to expect more, an artistic spark that suggests new possibilities or the kind of surprises that instantly bring a rush on the dance floor. One very positive thing here, is that all eleven tracks are set up to raise money for a variety or no-profit human and animal rights causes, so any downloads or purchases of these songs benefit numerous worthy causes.