Mash black humour with absurdism and you have the starting point for 80 Minutes No Interval. Travis Cotton writes, directs and features in this delightful left-of-centre work. It engages, even enthralls, from the opening scene. 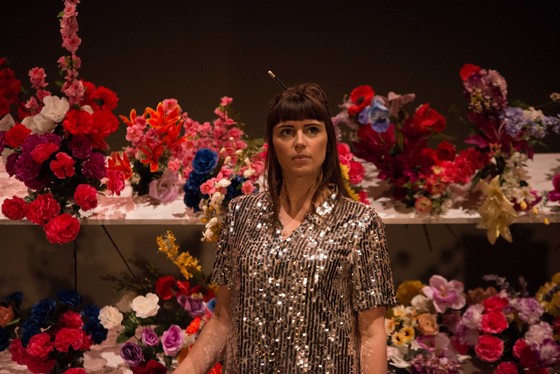 Louis (Cotton) is a theatre reviewer and failed novelist. He’s about to propose to his girlfriend Claire (Martelle Hammer) at a posh restaurant. But Louis can’t just order a dish. He has to understand the meaning of every morsel on the menu and even then he can’t decide what to eat. It drives Claire bananas. The waiter (Tom O’Sullivan) is very much in charge. But there’s a lot more going on here. Living rent-free but under the watchful eyes of Louis’ parents doesn’t exactly please Claire. Her biological clock is ticking faster than ever, but Louis doesn’t want kids.

Next thing you know, Louis and Claire are no longer together. And Louis loses his long-standing job, replaced by a big red box that can do a better job as a critic. His folks are no help either. They’re sick of him freeloading off them and reckon he’s cursed. After years of trying and failing with his writing, Louis finally gets a break – or at least he thinks he does. A big-shot publisher, Dan Kurtz (Robin Goldsworthy), seems to be interested in something he’s written.

Kurtz is loud and egotistical. Let’s just say their face-to-face meeting doesn’t exactly go according to plan. A tragedy with a 20-year outcome ensues, before sparks fly after a chance meeting of Louis and a florist, Mathilde (Tamzen Hayes). Only, once again there’s a scandalous twist.

80 Minutes No Interval runs true to its name as far as length is concerned. It has been brilliantly conceived and executed with only a few basic props. Some of the lines are absolutely sensational – pointed and hilarious. The play lurches from the absurd to the ridiculous. The audience lapped up the prose; even with no conception where the play is heading. 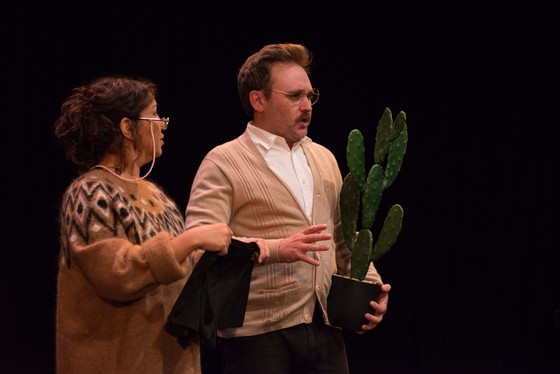 The cast is very much in the moment, with each of them given their time to shine. Just watch Kurtz’s meltdown when tackling a video game on his phone, as one of many examples.

Curtain call saw a spontaneous outpouring of love. 80 Minutes No Interval is, indeed, something special – spectacular even. It’s playing at Theatre Works in St Kilda until 2 December 2018.