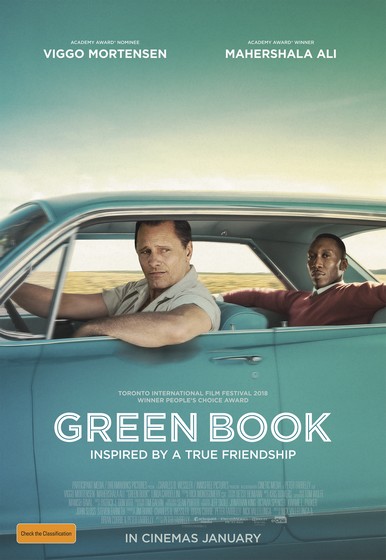 Award winning actors Viggo Mortensen and Mahershala Ali star in Green Book, a film inspired by a true friendship. In need of a driver for his 1962 concert tour, world-class black pianist Dr. Don Shirley (Ali) recruits Tony Lip (Mortensen), a tough-talking Italian-American from the Bronx. As this mismatched pair set out on their journey, they must rely on the “Green Book” to guide them to safe establishments in America’s segregated south – but they’ll need more than a book to understand each other. Winner of the Audience Award at Toronto International Film Festival, Mortenson and Ali make a winning double act in this humorous and heartwarming film.

Mahershala Ali’s character in Green Book, Dr Don Shirley, was a real person. So too was his character Col Jim Johnson in which 2016 film by Theodore Melfi?