Energetic, powerful and haunting – such is Spring Awakening. This is a musical journey from adolescence to adulthood set in Germany in 1891. Teenagers struggle with the adversity of coming of age at a time when sexual education is deliberately ignored and adults appear to hold all the cards. 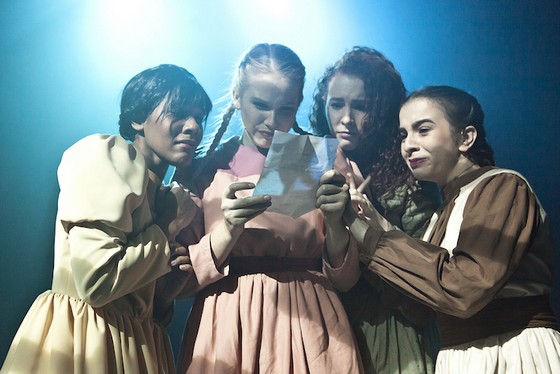 Spring Awakening, is a musical adaptation of a 1906 play by Frank Wedekind. With music by Duncan Sheik and a book and lyrics by Steven Sater, it explores burgeoning sexuality, rebellion and mortality. It’s brilliantly directed by Robbie Carmellotti, who did such a wonderful job with The Color Purple. Here he uses the same musical director, Caleb Garfinkel.

Carmellotti views the piece as a play with songs, rather than as straight musical theatre. He was fascinated with exploring the darker elements of the show … and, make no mistake, there’s plenty of scope for that.  As an audience member, Spring Awakening is highly evocative and involving. Choreographer Zooee Marsh is innovative and creative, despite making her musical theatre debut. 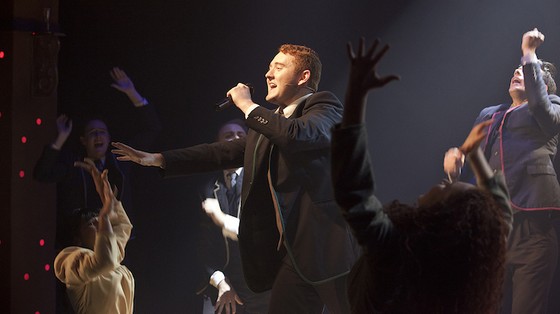 The original Broadway production won eight Tony Awards in 2007, including Best Musical and it’s easy to see why. The 15-strong cast and three band members are a highly talented troupe, melodically moving from folk to rock. Their vitality is the real feature of this work, which is bold and affecting.

It is yet another triumph for the team at StageArt. Spring Awakening: The Musical is playing at Chapel off Chapel until 10th June.