What a buzz. How much energy does School of Rock: The Musical have? What a riotous night for the whole family. How good are Brent Hill, Amy Lehpamer and the 12 talented children? This is a sensational production you could see over and over.

Based on the 2003 movie, it features music by Andrew Lloyd Webber, with lyrics by Glenn Slater and book by Julian Fellowes. 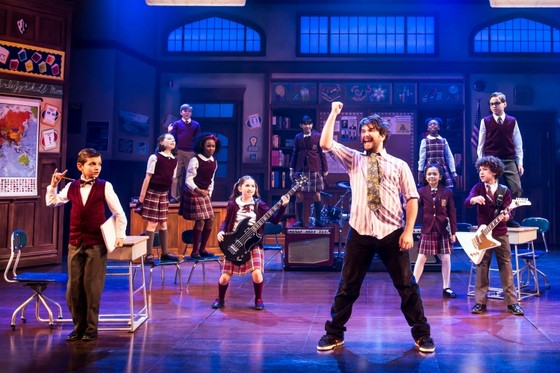 The story concerns Dewey Finn, a layabout whose total focus in life is rock music. He sponges off his former bandmate, Ned Schneebly, now a conservative teacher. Ned’s girlfriend Patty – who has never liked Dewey – wants him out of their apartment because the bloke never pays rent.

Impersonating Ned, Dewey – who has no qualifications – takes a job as a substitute teacher at a prestigious preparatory school. Never one for discipline, he turns the straitlaced students into his acolytes, not afraid to challenge authority and chart their own paths. The pupils had previously only focused on classical music. Suddenly, they’re exposed to so much more anti-establishment material.

Having been booted from a band, Dewey seizes another opportunity to participate in the annual Battle of the Bands competition. Hijinks and mayhem ensue.

I didn’t think anyone was capable of playing the lead role of Dewey as brilliantly as Jack Black did in the film, but I was wrong. Hill is a revelation, a superstar with personality to burn. Lehpamer’s strong vocals are impressive. She’s very well suited to playing Principal Rosalie Mullins and as a result she shines. Zachary Pidd gives Finn’s long time buddy Ned a real subjugated feel. Ned is a man very much under the thumbnail of his partner, the no nonsense Patty (Nadia Komazec). She however knows what she wants and goes for it.

Three sets of a dozen kids (aged 9 to 13) constitute the band called School of Rock. To rousing applause before the show, the voice of Andrew Lloyd Webber let us know that apart from singing, they actually play their own instruments. We have an intense young drummer, a bass guitarist with a pout, an understated but talented lead guitarist and a nerdy keyboard player. But the most talented vocalist doesn’t get a chance to reveal her gift until quite some way into the second act, when she surprises everyone. On opening night that role was performed by Chihana Perera. 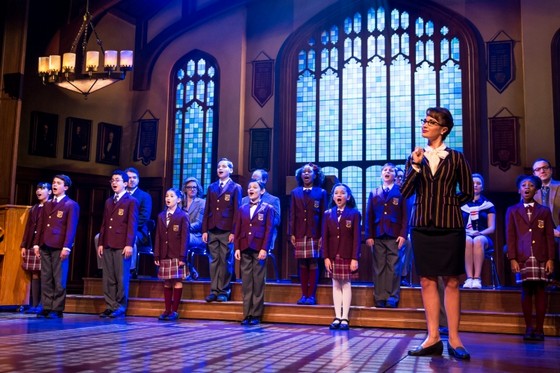 The sets are suitably busy. Anna Louizos is responsible for set and costume design.

School of Rock features 17 numbers in the first act and 11 in the second, with musical direction from Laura Tipoki. Laurence Connor directs and JoAnn M. Hunter provides the choreography. It’s now playing at Her Majesty’s Theatre in Melbourne until 3 February 2019. It then travels to China, before returning to Australia, heading to the Lyric Theatre in Brisbane from 12 July 2019 and Sydney’s Capitol Theatre from 10 November 2019.

I urge you not to wait to see School of Rock: The Musical. If you can, buy your tickets now. This is a show that truly rocks.