A cleverly conceived and executed piece that purports to be one thing and turns out to be something else entirely, I am loathe to go into detail about the narrative arc for fear of spoiling the surprise.

Suffice to say, the story concerns a couple of old mates – a straight girl and a gay guy – who haven’t seen each other for some time. They used to always hang out together. They meet up again at one of their old haunts and they chew the fat like they used to.

They both talk dirty. He, in particular, is often outrageous – out to shock. He wears a bright pink suit over a black singlet. She, dressed in a sparkly black short dress, has gone through a series of relationships, but none of them has stuck.

Now the 20s have passed her by, her future remains unknown. He doesn’t seem to have had any difficulty picking up men, although respectively they have encountered marginalisation and oppression.

They talk a lot of nonsense, but they “get” each other and know what makes each other tick. They drink together, dance together and play games, but then the mood shifts and the painful truth outs.

Along with the fruity language, the performances are strong and confident, which a production like this needs to succeed. Leah Filley and Harry Thompson – who also co-wrote Mullygrubs – carry off their characterisations with aplomb.

The production – which is effectively just them and five milk crates – is pacey and witty and rude, and should have particular appeal to gen Ys. Mind you, the essence of it is universal. 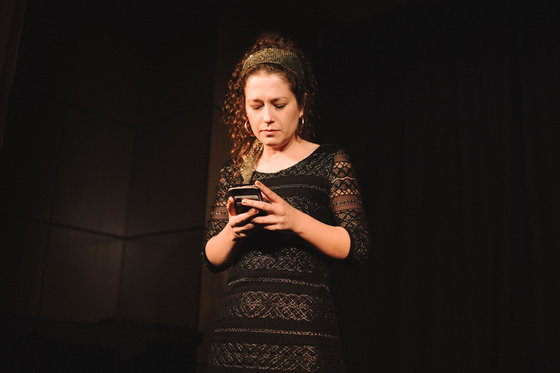 Incidentally, the title is drawn from an Australian television program – aimed at preschoolers (spelt Mulligrubs with an “i”) – which ran from 1988 to 1996. A line in the piece refers to “empty shells mulligrubbing about the place”.

The 50-minute play is about life’s ups and downs – the adversity and challenges we face and how we react to them. It was well received at the 2019 Melbourne Fringe Festival – nominated for the best theatre prize. It is playing at Treasury 1860, as part of Adelaide Fringe, until 15th March, 2020.