James Marsh (The Theory of Everything) directs the true story of an audacious amateur sailor in The Mercy.

The year is 1968 and the sailor is Donald Crowhurst (Colin Firth). With his business and home on the line, Crowhurst decides to leave his wife, Clare (Rachel Weisz), and their children behind to take on an epic adventure. He hesitantly sets out on his boat, the “Teignmouth Electron”, to compete in a round-the-world solo race. 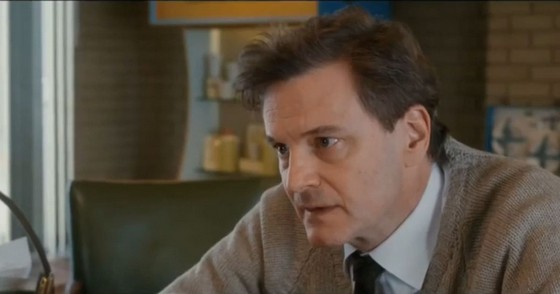 Not long after his departure, Crowhurst realises he’s drastically under-prepared. His initial progress is slow, so he begins to fabricate his route. His sudden acceleration doesn’t go unnoticed; and he soon emerges as a serious contender in the competition. Crowhurst’s business partner, Stanley Best (Ken Stott), had reminded him that he could pull out at any time, but the consequences to his family from such a decision are unthinkable.

Crowhurst has given himself no other choice but to carry on. During his months at sea, he encounters bad weather, faulty equipment, structural damage – and the most difficult obstacle of all, solitude.

The Mercy is a sad-sack take on a well-meaning husband and father getting in way over his head. Unfortunately, it fails to ignite. The Mercy becomes a lacklustre – and at times confusing and meandering – tale. If you’re looking for a decent movie from the same premise, try Robert Redford’s searing solo effort in All is Lost (2013).

I felt Colin Firth struggled with his role and failed to connect with the audience. What was lacking more than anything was tension. His wife and three delightful children were as doting as they come. They are way too nice.

Nevertheless, I thought the best thing about the movie was Rachel Weisz’s performance, even if I would have liked more of her character’s story to have been explored.

The film unfolds partly via flashbacks, but the whole thing felt like an unfinished patchwork quilt. Large chunks appear to have been left out and there are frequent leaps in time.

Basically, here is a bloke who wants to make a name for himself and make his kids proud. He risks everything in search of his dream. Then he realises he shouldn’t be doing that because his equipment is flawed. But by then it’s really too late to pull out. And guest what? The inevitable happens.

The way Marsh tells the story is thin. It needn’t have been; but it lacks substance. The script needed rewriting and the direction tightening. The Mercy is a dirge – fundamentally dull.