Charles Dickens’ A Christmas Carol has fascinated and delighted readers for almost two centuries. In fact, it set a new standard for the holiday, inspiring the spirit of the traditional Victorian Christmas and beginning a host of customs that are still popular today. But while most readers are familiar with the beloved tale, few know the story behind it. 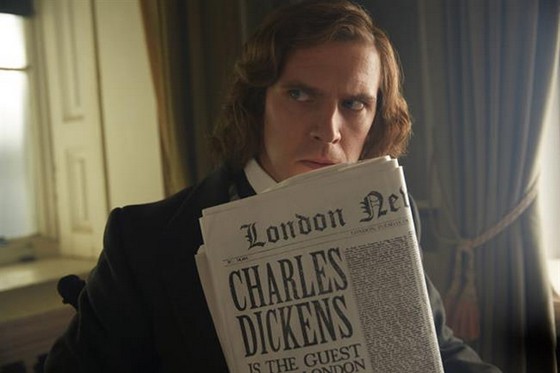 Les Standiford, author of the book that inspired this film – and a prolific writer in his own right – learned that A Christmas Carol was almost not published. He set about trying to find a book that explained it all, but to his great surprise, there was none. So he decided to write one himself.

There have been other Dickens’ biopics over the years, but The Man Who Invented Christmas focuses on the intense six weeks during which he wrote and self-published A Christmas Carol.

The filmmakers envisioned a screenplay that presented Dickens as a modern man: flawed, fierce and funny, all at the same time. Writer Susan Coyne, co-creator of Slings and Arrows, a Canadian TV series about a modern-day Shakespeare theatre festival, had made an impression with the offbeat sensibility she infused into that show.

Coyne delivered a playful narrative in which Dickens interacts with his fictional characters as he gives birth to the tale of Ebenezer Scrooge (Christopher Plummer). In Coyne’s screenplay, Dickens has long conversations with his creations as their stories unfold in front of him.

“Bah! Humbug!”, I say. This is Dickens in frenzied mode channeling the ghosts of Christmas past, present and future in everything. I found it to be a licorice allsorts that ends up less than satisfying.

Dickens (played here Dan Stevens from TV’s Downton Abbey) is painted as a feted but worried scribe. He’s had a few flops of late, and developed a case of writer’s block. He and his father (Jonathan Pryce) looked like characters straight out of a panto, so credibility was lacking. The sets, too, appeared wooden – pun totally intended.

This is a try-hard picture, attempting to shine a new light on an age old story. It’s a somewhat ham-fisted attempt at explaining how one of the greatest authors of all time came to write one of the best selling and most beloved yarns of all time. Boredom set in, something I don’t usually associate with A Christmas Carol.

Although this hardly requires a spoiler alert … not surprisingly, everything comes together at the end. Not before time, I say. Dickens would be turning over in his grave. The Man Who Invented Christmas had me spooked all right … for all the wrong reasons.