then Loveless is a slow moving, atmospheric Russian drama that features harsh characters. It won of the Jury Prize at the 2017 Cannes Film Festival and was nominated for a Best Foreign Language Oscar. 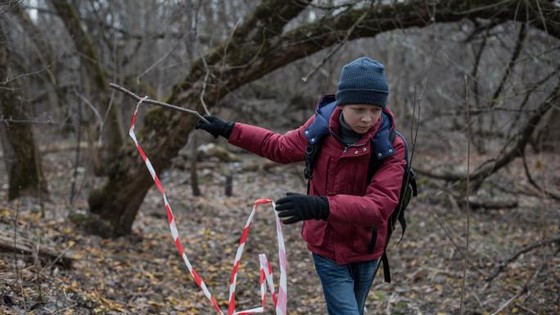 Zhenya (Maryana Spivak) and Boris (Aleksey Rozin) have a deep disdain for one another; and for their 12 year-old son, Alyosha (Matvey Novikov). The couple are – not surprisingly – on the verge of divorce, both having taken up with other partners. Boris has got another woman pregnant; and Zhenya has found a wealthier man who appreciates her. The film starts with the pair arguing over which one will take their son. Each makes it clear they don’t want him. He overhears and is heartbroken.

Next we cut to the relationships Boris and Zhenya have formed with their respective new partners. But then Zhenya discovers Alyosha has gone missing. He has vanished without trace. At first the police dismiss this as just another case of a runaway who is almost certain to return. But as the hours turn to days, they launch a full-scale search.

The “Russian style” of filmmaking here is decidedly different to what we’re used to in the West. Co-writer and director Andrey Zvyagintsev (Elena) has drawn inspiration from Ingmar Berman’s Scenes from a Marriage (1974). Mikhail Krichman’s (Leviathan) camera often lingers on locales before we move from one scene to the next.

The film deals with some stark material. The vitriol we hear is monstrous. That’s particularly so between Zhenya and her estranged mother. Neither of them holds back. Everyone – including the police – call a spade a shovel. Warmth is decidedly lacking. The only one who appears to care is a volunteer search coordinator, who combs the town looking for the child.

Loveless is beautifully shot. I was struck by the cinematic compositions. Nevertheless, with its brutality, it’s a film that will only suit selective tastes.