Three superb performances highlight Lamb. This sensitive theatrical work combines word and song, and focuses on the hardships of a family born of the land. 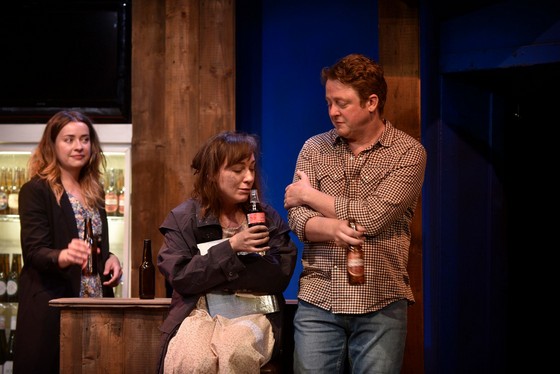 Lamb concentrates on two generations. The first act starts with the mother’s funeral. The younger of two daughters, Annie (Brigid Gallacher)  – a professional singer – has arrived home after five years in the city. Her resentful brother, Patrick (Simon Maiden), is none too happy that she left. He was left to tend to the sheep farm, as first their father died and then their mother’s health deteriorated. For Patrick, it’s been hard yakka. Annie’s other sibling, Kathleen (Emily Goddard), is mentally impaired.

The second act is set in 1975. We learn about how this family came into being, initially concentrating on what happened when the children’s parents got together. Father Frank is also played by Simon Maiden, while Brigid Gallacher now fills the role of mother Mary. It’s a very effective dramatic device.

The play mixes humour with broken dreams, guilt and desire. Though slow moving, much of it comes together in the second act, which produces a number of surprises.

Goddard is outstanding in a smart portrayal of Kathleen, while the interplay between Maiden and Gallacher is often incendiary. Both are accomplished singers as well as actors. Much of the tension in the work surrounds the thrust and parry between Patrick and Annie, and Frank and Mary. 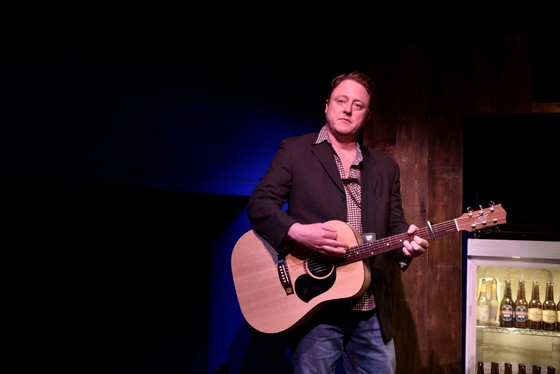 Even with the small confines of Red Stitch Theatre, set and costume designer Greg Clarke has created two distinct sets, one on each side of the stage. One is an old-style country pub, while the other is a farm kitchen.

Jane Bodie is responsible for the thoughtful script, with music and lyrics provided by Mark Seymour (of Hunters and Collectors). Julian Meyrick has done a fine job directing this world premiere piece. Although it takes a while to evolve, it rewards those who stick with it.

Lamb is playing at Red Stitch Theatre in St Kilda until 16 December 2018.