Oscar winning filmmaker Hal Ashby was something of an uncompromising maverick who preferred to work outside the studio system because he believed they valued commerce over art. “Studios are the enemy of the artist,” his friend and mentor Norman Jewison told him rather frankly. 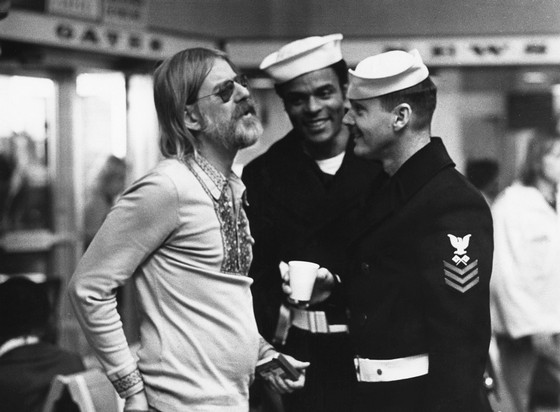 Ashby won an Oscar for his work on editing Jewison’s In The Heat Of The Night in 1968. And in a fertile period during the 70s he directed a handful of socially conscious and bitingly funny films that rank amongst the best of contemporary American cinema and helped define an era– movies like the cult favourite Harold & Maude, The Last Detail, Shampoo, Coming Home, the Woody Guthrie biopic Bound For Glory and the satirical Being There, about an idiot savant who watches television and becomes an accidental Washington power player.

Released to coincide with the 30th anniversary of Ashby’s passing in 1988 at the age of 59, this entertaining and informative documentary is an evaluation of the work and legacy of this seminal filmmaker and obsessive genius. The film covers his early life, his early career as one of the most respected editors of the 60s through to his own filmography, from his 1970 debut The Landlord, which looked at race relations, through to his messy 80s films like 8 Million Ways To Die and Lookin’ To Get Out. Ashby also directed the Stones’ concert film Let’s Spend The Night Together in 1982.

There are fascinating and insightful interviews with many of his contemporaries – directors like Scorsese, Jewison and Coppola, as well as actors like Jane Fonda, Jon Voight, Jeff and Beau Bridges, through to writers like Robert Towne and cinematographers of the calibre of Haskell Wexler and Caleb Deschanel, who worked with him, and who all deliver plenty of behind the scenes stories. There is even an interview with singer/songwriter Cat Stevens, whose music played an integral part in the black comedy Harold & Maude. Ashby’s estranged daughter Leigh McManus offers a more personal viewpoint on the filmmaker as a man. Current filmmakers like Alexander Payne, David O Russell and Judd Apatow reveal how Ashby influenced them as filmmakers.

Ashby had a prickly relationship with the studios though, which emerge through a series of personal letters he wrote, and which are narrated here by Ben Foster. They recount fights over final cut and casting decisions and reveal his disdain for studio executives who had no real understanding of film. We learn why he never directed Tootsie, even though he talked Dustin Hoffman through the early make up tests.

Hal is the feature directorial debut for Amy Scott, a former editor with extensive experience in documentaries (Bunker 77). She was introduced to Ashby by friends at film school and his films had a big impact on her. She spent four years working on the project, which was largely financed by a fundraising campaign. Scott draws upon some newly found audiotapes of Ashby talking about some key moments in his life, and these add a poignant quality to the material. The film highlights the clash between art and commerce. However, this is not a hagiography as she also highlights his increased drug use and erratic behaviour that saw him run afoul of studio executives and his complicated personal life and strained relationships.

Scott and her co-editors Sean Jarrett and Brian Morrow keep things moving along at a brisk pace. They have superbly compiled a montage of home video footage, stills, archival footage and clips from his films to enhance this revealing and detailed portrait of an artist who never quite received the respect he deserved.