You have to love the Irish! They seem to have an optimism and cheeriness that’s so infectious, you can’t help but smile. Now, combine that with a Catholic nun named Sister Winnie, who likes a sneaky smoke and a Guinness, and the foundations for a heart-warming tale are set. Folk is easy theatre to watch. With only three characters and a simple plot, the audience can relax to the various catchy folk tunes which intersperse the play. Also, the Irish and Yorkshire accents contribute to the musical theme. Folk is a light drama with well-timed humorous and sorrowful moments.

The story takes place in Withernsea on the English east coast. The setting is the lounge room of Sister Winnie’s residence. As you’d expect, the room is adorned with religious symbols, statuettes and icons. Sister Winnie has a weekly Friday night ritual when a parishioner Stephen comes over to share their love of folk songs and dance. Its an all innocent friendship in which Sister Winnie can enjoy a cigarette and a glass of Guinness. 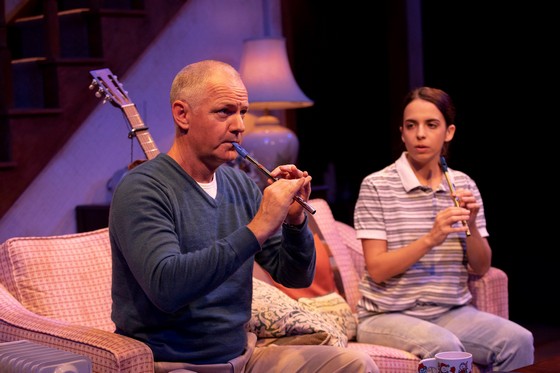 One particular night, a brick comes hurtling through the front window. Sister Winnie opens the door and calls out for the offender to come forth. Up comes Kayleigh, a troubled 15-year-old who Sister Winnie once taught. Kayleigh is remorseful but was jealous of the singing and happiness she could hear. Ever the caring soul, Sister Winnie is non-judgemental and invites Kayleigh to return each Friday for their weekly pick-me-up sessions. Stephen is more careful, suspicious of the trustworthiness of Kayleigh. However, its Sister Winnie’s house and it’s her call.

Soon, Kayleigh is part of the Friday night fun and her general demeanour has improved greatly. Kayleigh has even prepared a special banner to celebrate Winnie’s 35 years as a consecrated nun which reads “Happy Nunniversary”. She enjoys singing and has mastered a handmade pipe recorder that Stephen has made. It’s clear that Sister Winnie has helped save this soul from trouble. That is, until Kayleigh asks her to hold a pregnancy test kit whilst she makes some tea. And the result is…

In the meantime, Sister Winnie has some menacing heart problems to contend with. Heavens above, her doctor has even recommended giving up cigarettes! But Sister can call on divine help and continues having the odd puff. After all, there is a myriad of patron saints she can pray to. Her favourite is “St Radox, the patron saint of bath’”. As Kayleigh and Sister Winnie deal with new issues, Stephen also hides his own personal turmoil.

The play is a lively and moving story, a credit to director Terence O’Connell. The warmth of the characters is enhanced by the general creative contributions as well. With an authentic set (Hugh O’Connor) and effective lighting (Trent Suidgeest), the mood felt calming and positive.

All cast members were terrific. Genevieve Lemon played Sister Winnie; whose jovial manner shone through as the nun you could easily share a beer with. She could play the spoons well too! Libby Asciak brought attitude to the troubled Kayleigh and showed adaptability in the changing behavioural patterns the role required. Gerald Carroll as Stephen had to be content largely as the straight man to Sister Winnie. He brought requisite personality and exemplary guitar skills. 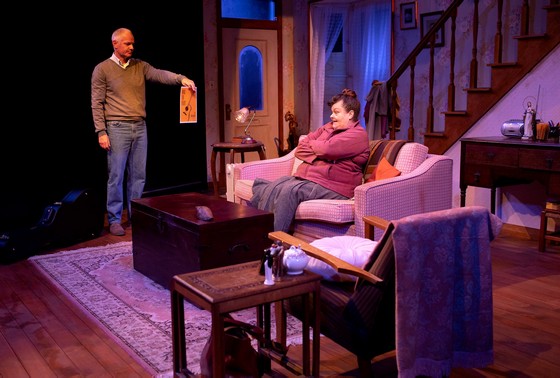 This production of Folk is very entertaining. It’s not pious and there is no message being peddled, however its refreshing to see a story where religion is not denigrated either. You can take the nun out of Ireland, but you can’t take the Irish out of the nun. Well recommended.