The restlessness and angst of millennials is on show in Disparate Scenes for Millennial Dreams. The show consists of three one-act plays in three rooms at the same venue, held together by a couple apparently arguing over performance art. I say apparently because frankly much of it was so obtuse I had no idea what was going on. 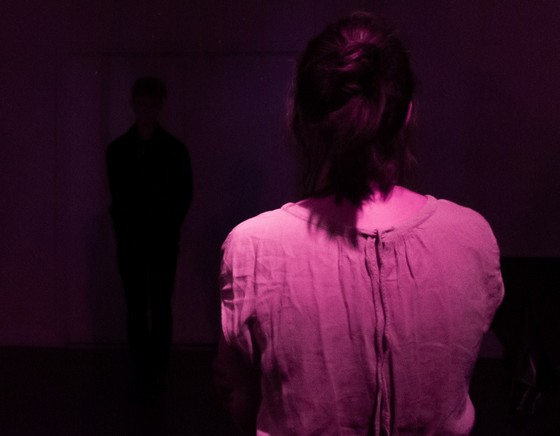 We stood in a darkened room hearing bird sounds for the first 10 minutes while the two actors worked around us. Around the room were a series of bizarre installations such as a plate of broken ceramics, and carefully arranged Post-It notes. Then doors open and in front of us are what turns out to be two gay guys in Japan, one dressed as Spider-Man and the other in Sailor Moon outfit. The latter is an inveterate liar. They dance around one another (figuratively, rather than literally). Trust is highly valued by Spider-Man, so Sailor Moon’s antics rub him up the wrong way.

Next, we are shuffled around the corner to a plant warehouse sale where the fast-talking owner has put on a clumsy 21-year-old intern. She quickly realises she doesn’t want to be there. That’s cemented when her ex-boyfriend turns up professing his love for her and she rejects him. Then there’s an issue of broken ceramics and suddenly the intern and owner are at loggerheads.

Some of the dialogue was particularly difficult to understand in that cavernous room when actors had their backs to us. The audience was seated either side of a runway for plants and a work area for the actors.

I dare say a younger audience may get more out of Disparate Scenes than I did; because I was left bewildered. What does it all add up to? What does it mean? Does it point to the immaturity of millennials, the fact that they still have a lot of growing up to do, that they are shallow and prone to fits of pique? That is certainly how I saw it. I can’t say it appealed to me. Still, I – somewhat begrudgingly – give it some points for creativity even though it meant little to me. 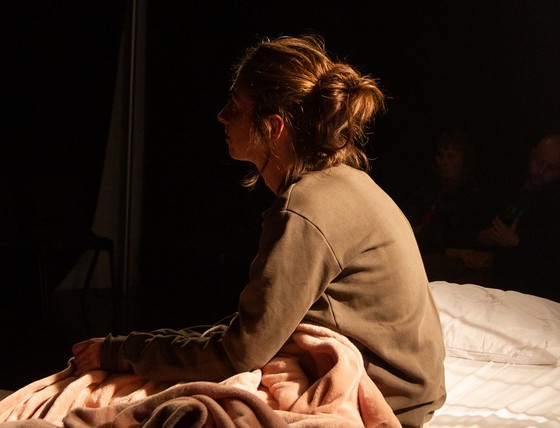 The acting was solid rather than spectacular. I liked the flow of storylines and the framing by the argumentative couple, even though I didn’t really understand what they were arguing about.

Disparate Scenes for Millennial Dreams is directed by Benjamin Sheen and written by Ang Collins, Fiona Spitzkowsky and Lewis Treston, with dramaturgy by Thomas De Angelis

Hardly conventional theatre, I dare say it will have only small audience appeal. It is playing at Meat Market Stables until 6 June 2019.