David O’Doherty delivers lightning-speed patter both spoken and sung – the latter with the accompaniment of an old fashioned keyboard. His latest Melbourne International Comedy Festival show is You Have To Laugh at the Forum. The Irish comedian has been plying his trade for a couple of decades now.

O’Doherty won £1,000 as the best newcomer at the 1999 Edinburgh Fringe Festival. Among the many stories he weaves into his hour-long stage appearance, is a hilarious tale about how he tried to bank the large paper cheque he received. he still uses that local bank branch to this day, and the ridicule still hangs over him. 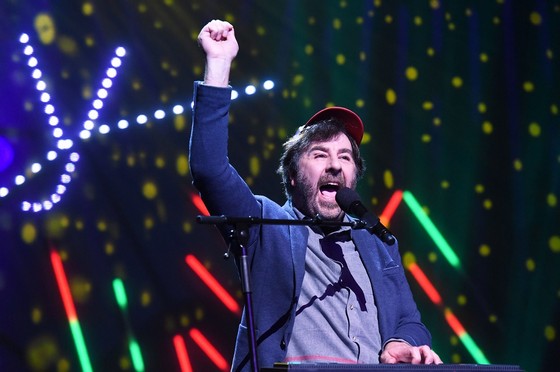 O’Doherty has a canny way of turning the ordinary into the rib-ticklingly funny and the audience loved him for it. There was a lot of laughter in the room throughout. He’s amusing from the get-go, when he appears beside a curtain, stage left, to introduce himself. Immediately, there is a quick aside about a personal ball tampering crisis that is, naturally, linked to the Australian cricket team.

The first of a handful of musical interludes concerns the crazy, mixed up world in which we live and how the best way to counter that is to laugh. As he puts it, “what is laughter if not happy screaming?” From the ridiculous to the absurd, he even manages to find a male thigh gap and give it a quick going-over as both physical and verbal comedy. His description of Brexit is priceless.

The fact that he plies his craft where both the Euro and the Pound are in use can lead to money change issues. He discusses keeping Frisbees full of coins and his own way of dealing with the problem. It involves transporting the coins in a very stretched out sock that all but becomes a lethal weapon.

O’Doherty has a dislike of acronyms, which I dare say came from the bullying he received as a kid when he was first presented with a pair of Adidas runners. He was sold on the idea that the name was a short form of either “After dinner I do a s**t” or “All day I dream about sex”. 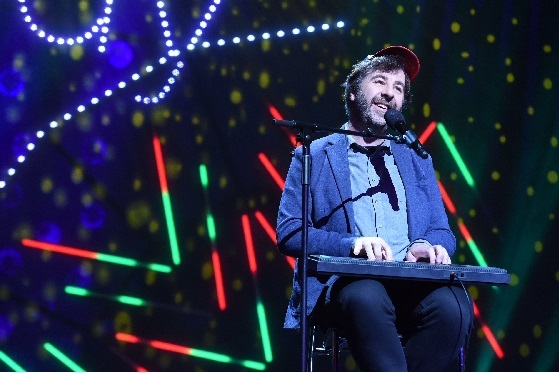 He marvels at the effectiveness of modern technology, but is totally bereft of ideas about how technology actually works. And then he launches into an explanation of the modern world to Leonardo da Vinci in Genoa in 1501, complete with a retort from Leo with Italian accent. Hilarious.

In an ever changing, fast paced world, David O’Doherty’s comedy is front and centre. As he puts it so eloquently – it’s time we got our s**t together. O’Doherty is performing You Have To Laugh at the Forum Theatre as part of the Melbourne International Comedy Festival till 22 April 2018.

He then plays at the Regal Theatre in Perth on 24 April, the Enmore Theatre in Sydney on 25 April (and again on 3rd May), the Powerhouse Theatre in Brisbane on 26 April and at the Royalty Theatre in Adelaide on 2 May 2018.