In Owl & Cat’s new production Crush,  Celia (Mardi Edge), editor of the (fictional) Melbourne Sentinel newspaper, is a having a less than satisfactory affair with a married man. Johnny (Seb Muirhead) – who has a deep-seated fear of drowning – is in love with Celia, or so he thinks. He is attracted to her passion and anger and will deliberate provoke her just to get her attention. 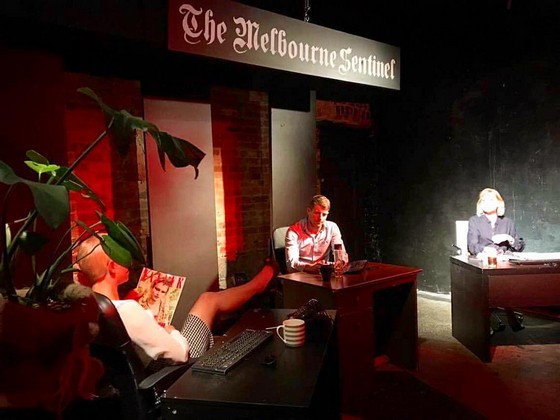 Problem is, she is repulsed by him, until a new, young, sexy secretary, Laura (Fiona Scarlett), enters the fray. With her feminine wiles, she hatches a plan for Johnny to turn Celia’s head. In the process though the dynamic between these three changes … and Johnny confronts his dread.

A pot plant, three small desks and computers are all that is needed to set the scene. Truth be told, it could have been positioned in any workplace where tensions abound.

Less than convincing acting undermines the whip-smart script from English writer Rob Young. The play is directed by Isobel Summers. One-liners – zingers – come thick and fast, but that rapidity need not be translated to the delivery.

The best lines go to Muirhead (with a heavy Scottish accent) and I implore him to let the material breathe by slowing down … significantly. Further, the single tone he adopts didn’t help endear him to me. Edge, on the other hand, overacted and lacked emotional heat. Scarlett was the pick of the trio, with a much more nuanced performance, as is her want. 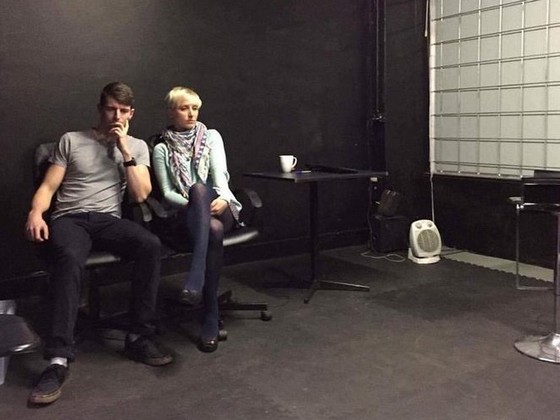 But for all the quick quips that form an integral part of the dialogue – and which resulted in audience laughter – unfortunately I didn’t find myself caring enough about the characters and therefore I never connected with them. Crush is playing at The Owl and Cat Theatre, 34 Swan Street, Richmond until 2 June 2017.