Watching Boy Erased is hard work. It’s a downbeat look at a religious doctrine absolutely committed to outlawing homosexuality. You pity the poor souls who face indoctrination aimed at exorcising what is regarded as a vile sin. 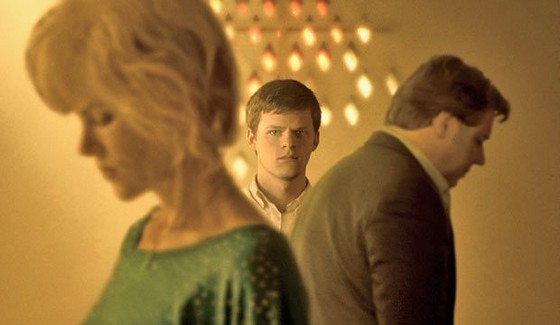 Boy Erased tells the true story of Jared Eamons (Lucas Hedges), the son of a Baptist pastor in a small American town. At age 18, Eamons is pressured by his parents, Marshall and Nancy (played by Russell Crowe and Nicole Kidman), into attending a gay conversion therapy program.

There he meets many others like him who are still trying to determine who they are as people. While in the program, Jared becomes increasingly troubled by the methodology of the so-called counsellors. Inevitably, he comes into conflict with the program’s head therapist (Joel Edgerton) and begins his journey to finding his own voice and accepting his true self.

Edgerton, who also directs, wrote the screenplay, inspired by Garrard Conley’s true-life memoir titled Boy Erased: A Memoir of Identity, Faith, and Family. Conley maintains that the sights, sounds and textures of his experience remain as vivid as ever. The intervening 14 years hadn’t erased his trauma; and that’s reflected in the movie. The message is clear: prejudice, whether you are the one wielding it or receiving it, damages all.

There is something Stepford Wives (which also featured Nicole Kidman) about Boy Erased  – this notion of creating a perfect society filled with loyal servants. In this case, Kidman’s Nancy goes from pliable to being awakened by her son’s suffering. I didn’t find any of the characters all that accessible, nor the film as a whole for that matter. Marshall is in denial, while Jared is often passive.

Given the fear and intimidation felt by those attending the program, I would have liked the tension to be ratcheted up even more. It’s a grind as you piece together what is happening.

Boy Erased is not a large audience picture but it should be, given the gravity of the subject matter.