I want to do something different with Blade Runner 2049. Rather than discuss the plot, the acting, and the score (which are all excellent by the way), I want to take a step back a bit.

Blade Runner (1982) wasn’t the first dystopian sci-fi movie (or even the first noir sci-fi), it was a groundbreaking achievement in visual and sound design. Even after its “rough” treatment by the studio, there was an undeniable visionary greatness to it. And in 1992, when Ridley Scott released his director’s cut of the film,  that became all the more apparent. So the producers (including Scott) behind this new incarnation had a lot to live up to. 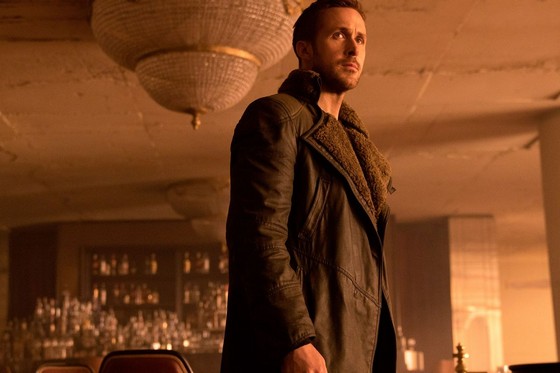 Much of the fan banter on social media centred around hopes that this sequel wouldn’t “ruin” the original. Many fans simply crossed their fingers and muttered, “Please don’t mess this up”. Well fans, you can rest easy because this is quite probably everything you could have hoped for.

Blade Runner 2049 achieves that elusive balance for any sequel – maintaining reverence for the original without merely mimicking it. Screenwriters Hampton Fancher and Michael Green take the events of the original as a starting point to build a new story that stands on its own merits. The world of the film, as envisioned by director Denis Villeneuve is both strikingly new and somehow reassuringly familiar. (If you’re interested in exploring that more, there are several videos doing the rounds comparing scenes from the original and 2049 worth checking out.)

I should add here that being familiar with Scott’s film is a big advantage. It’s not hard to access (it’s widely available on either disc or streaming services), and the ability to spot its links to 2049 will help you to follow the somewhat convoluted story.

Villeneuve is quickly emerging as one of the most important directors of this generation. His English language films (starting with Prisoners in 2013) have all been acclaimed, taking him to an Oscar nomination this year. Villeneuve was a wise pick to direct this film, as his thoughtful, steady style matches that employed by Scott with the original.

Indeed, leaving aside Blade Runner, this film has several parallels to Villeneuve’s previous film, Arrival. Like Arrival, 2049 is a film of big ideas with profound moral dimensions. These are explored in subtle but distinct ways. That means this movie will have you thinking, even as you watch it.

While perhaps not the film for the casual viewer, Blade Runner 2049 should delight fans of the original. It will also appeal to those with a taste for finely crafted cinema. Don’t let its 2 hour 40 minute running time put you off. This is a movie any cinema buff needs to see.