Margot Robbie as Harley Quinn makes the most of her starring role in Birds of Prey. She’s undoubtedly the bright star in a fantasy that has much going for it until it loses its way. 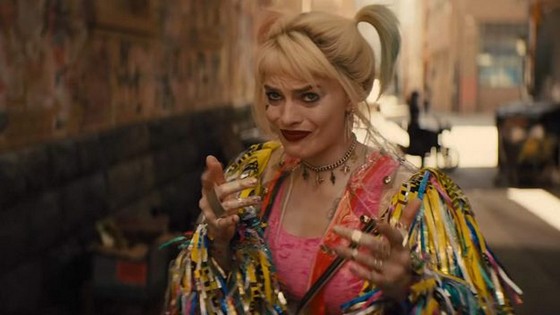 Birds of Prey is, indeed, a twisted tale, as told by Harley herself. Harleen Quinzel is a former psychiatrist who became a crazed criminal and the Joker’s accomplice and girlfriend. Now she is on the path to becoming a solo vigilante. She parties at a club owned by Roman Sionis (Ewan McGregor), a sadistic gangster with cruel tendencies. There she meets Dinah Lance/Black Canary (Jurnee Smollett-Bell), a burlesque singer who works for Sionis and who knows how to handle herself in a fight. She rescues an intoxicated Harley.

The meat of the story unfolds when Sionis puts a $500,000 bounty on a young orphan’s head – pickpocket Cassandra Cain (Ella Jay Basco) – who’s doubled-crossed him after she stole a super expensive diamond for him. Now Harley is no longer under the Joker’s protection, Sionis is happy to do away with her. But in a last-ditch effort to save herself, she promises to get the diamond back for him if he frees her.

The script is by Christina Hodson (Bumblebee), with direction from Cathy Yan (Dead Pigs).

Birds of Prey is slick, sassy and off the wall, with Robbie seemingly revelling in every morsel of her badness. As colourful as their characters are, the other actors don’t reach the same heights. Smollett-Bell is the best of them as Sionis’ songstress and reluctant driver searching for a way out. The film tries to build up the significance of police officer Montoya, but Perez’s impact in the role isn’t as strong as it could have been. Winstead also fails to convince, especially with a couple of lines which appear wooden in their delivery. I also found Basco limp as the underage thief. McGregor exudes an animation-like appreciation for violence. I was less convinced about his scarred underling Victor Zsasz (Chris Messina), who doesn’t have the same charisma.

There are some wonderfully choreographed action sequences in Birds of Prey; but the showdown between Sionis and his cronies and “the girls” is weak. Their heroics would feel more at home in the ‘60s television series Batman.

So, I revelled in the tongue-in-cheek humour and slick writing, but was disappointed that my enjoyment of an otherwise fun film fell away.