First, a big caveat. I realise this documentary about a pioneer of early cinema will have a limited audience. But Be Natural: The Untold Story of Alice Guy-Blaché was total catnip for me. So I know my enthusiasm for this film may not be widely shared. But for anyone with a love for cinema in general, and early cinema in particular, this is well worth seeking out. 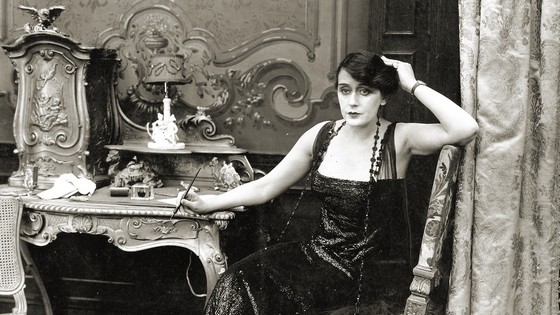 Alice Guy-Blaché – as this film discovers – was the first female film director. She was there at the birth of cinema, became one of its leading lights; but then faded from view. Director Pamela B. Green sets out on a mammoth journey to discover the real woman, her legacy, and the reasons she’s been mostly lost to history. In the process, she enlightens and hopefully rehabilitates the memory of a cinematic great.

Green clearly advances a feminist reading of Alice’s rise and fall; but it’s not mere polemic. All the details are meticulously researched and I think it would be hard to disagree with her conclusions.

At the start of the film, a line-up of film luminaries frankly confess they had no idea who Alice Guy-Blaché was. From there, Green and her team set out to unearth her via her films, archival records and interviews. In the process, Be Natural becomes a kind of documentary-within-a-documentary as it follows Green’s struggles to track down material and witnesses. Along they way, she takes some fascinating side trips. One involves the story of Fort Lee, New Jersey. At one time in the early 20th Century, Fort Lee was the centre of the American film industry. But one man’s greed would lead to the industry fleeing the east coast for California – and giving rise to Hollywood.

The only quibble I had was the number of “talking head” interviews. They tend to slow down an otherwise pacy film. And the number of them makes it a little difficult to follow exactly who’s who. But on the plus side, some of the “talking heads” featured include Geena Davis, Martin Scorsese and Ava Duvernay; while Jodie Foster narrates.

Be Natural: The Untold Story of Alice Guy-Blaché is essential viewing for anyone interested in film history. Even if you just have an interest in history generally, this is well worth a look. Despite a lengthy filmography in a variety of roles, this film marks Pamela B. Green’s feature directorial debut. I’m keen to see what she does next.