It’s January 1969. Richard Nixon has just been inaugurated as president. A new decade beckons. And seven very different but equally lost souls converge on a once-glorious resort that’s fallen – like its visitors – into disrepute, in Bad Times at the El Royale. 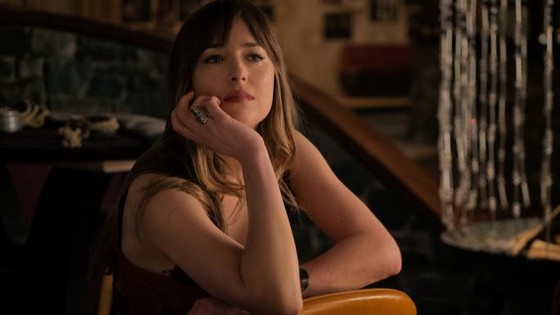 Situated on the border between California and Nevada, the El Royale offers warmth and sunshine to the west, hope and opportunity to the east. It also straddles the colliding worlds of past and present. Once the hotspot of Tahoe, where famous celebrities and politicians mingled, the good times have come to an end. Now, in the resort’s faded lobby the seven guests gather. Some know each other, but most do not.

They are Father Daniel Flynn (Jeff Bridges), soul singer Darlene Sweet (Cynthia Erivo) and travelling salesman Laramie Seymour Sullivan (Jon Hamm). We also have hippie Emily Summerspring (Dakota Johnson), her sister Rose (Cailee Spaeny), manager Miles Miller (Lewis Pullman) and the enigmatic Billy Lee (Chris Hemsworth). Over the course of one fateful night, everyone will have one last shot at redemption … before everything goes to hell.

Drew Goddard (The Cabin in the Woods) writes and directs Bad Times at the El Royale. This could have been a really good movie. Instead, it felt like a try-hard Tarantino knock-off.

The set-up was intriguing. The mood was sombre, the period detail impressive and the score inviting. The hotel that crossed the border was the perfect place for dastardly deeds to play out.

How each of the protagonists fitted into the puzzle kept me guessing. But it was slow … at times ponderous. Gradually the pieces started to come together, but I’m not at all convinced it was worth the wait. I felt let down. All that effort for little reward.

If you like your cinema slow cooked, you may appreciate it more than I did in the end.