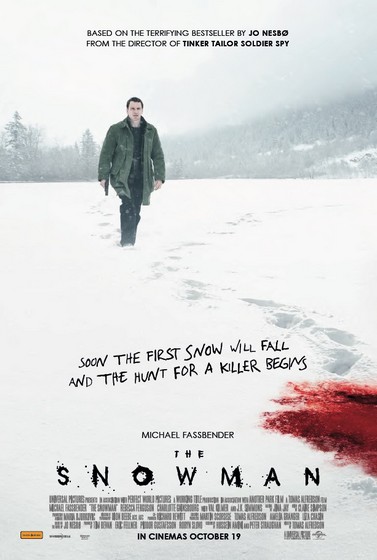 Michael Fassbender (X-Men series), Rebecca Ferguson (Mission: Impossible—Rogue Nation), Charlotte Gainsbourg (Independence Day: Resurgence) and J.K. Simmons star in THE SNOWMAN, a terrifying thriller from director Tomas Alfredson (Tinker Tailor Soldier Spy), based on Jo Nesbø’s global bestseller. When an elite crime squad’s lead detective (Fassbender) investigates the disappearance of a victim on the first snow of winter, he fears an elusive serial killer may be active again. With the help of a brilliant recruit (Ferguson), the cop must connect decades-old cold cases to the brutal new one if he hopes to outwit this unthinkable evil before the next snowfall. THE SNOWMAN is in Cinemas October 19. www.thesnowman.com.au

Director of Happy Death Day, Christopher Landon, wrote the screenplay to which 2007 film that featured a young Shia LaBeouf?