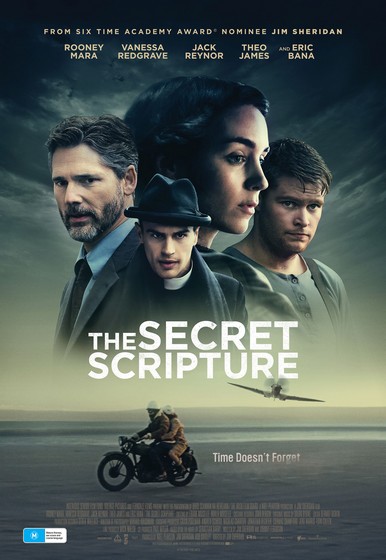 Lady Rose is an elderly woman who has lived in a hospital for over 50 years. Despite her bleak surroundings there is a light in her eyes that cannot be extinguished. Dr. Stephen Grene is drawn to her, compelled to discover her past and help gain her freedom. Through Lady Rose’s ‘scripture’, a life of extraordinary love and great injustice emerges, revealing a remarkable young woman of courage, whose only crime was to fall in love. Set against a backdrop of troubled times locally, and chaos internationally, we learn of her ultimate triumph.

Star of The Secret Scripture, Rooney Mara, was nominated for a Best Actress Oscar for which 2011 film by David Fincher?