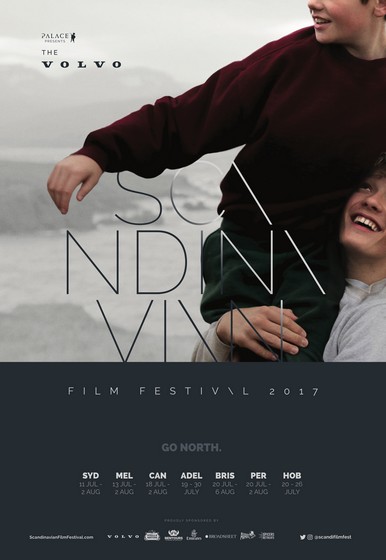 We have 5 double in-season passes (one session each) thanks to Palace Cinemas.

The region of Scandinavia – culturally comprised of Norway, Sweden, Finland, Iceland and Denmark – has produced some of the most iconic films ever made. From the masterpieces of Ingmar Bergman, to the radical, back-to-basics guerrilla-style filmmaking of the Dogme revolution, to the contemporary and transnational diversity of Nordic cinema. Palace is proud to present this festival, created to offer a dedicated focus to an area of screen culture that has for too long been under-represented in Australia. Join us and celebrate the best in Nordic Cinema this July with the fourth Volvo Scandinavian Film Festival, exclusive to Palace Cinemas. Go North to the breathtaking coast of Iceland with the 26-time award winner Heartstone, discover the best in contemporary Nordic noir with A Conspiracy of Faith, or laugh out loud with stylish arts world satire The Man. With 20 films, across 20 days of the festival from July 20, now’s the time to treat yourself to a hot chocolate, rug up in your winter favourites, and immerse yourself in the iconic style of Nordic cinema. Opening night tickets are now on sale. Screening at Palace Cinemas from July 11 to August 6. Visit www.scandinavianfilmfestival.com and follows on Facebook and twitter @scandifilmfest.

Dates and venues for the 2017 Scandinavian Film Festival are:

For your chance to win, enter your details below and put “Scandinavian Film Festival” in the answer section: