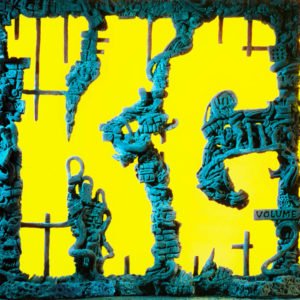 After releasing a handful of live releases earlier this year, King Gizzard & The Lizard Wizard have now returned with the new studio album K.G., their sixteenth since they formed in 2010. It represents a collection of songs that saw the six members of the band home isolating and creating the record remotely. What could be a huge barrier has not stopped the group from giving their fans another unique listen that is loosely highlighted as being the sequel to 2017’s Flying Microtonal Banana, which was recorded using a microtonal musical scale that requires quarter tone tunings and instruments custom-made for the occasion.

K.G. definitely returns to some microtonal sounds, which at times gives off some retread for the band that is not typical of them, but ultimately revives and incorporates the past experiment from three years ago and molds it into a much bigger musical pallet with a more sleek and focused King Gizzard that continues to evolve. You also need to realize that this is no longer a band that plays in front of 100 people but a group that has an extremely dedicated fan base and can now sell out amphitheaters like Red Rocks. You can hear this in the production as K.G. has a dynamic range.

This bigger sound here finds its way out your speakers as K.G. is a sonic experience. At its best, it pushes your ear more on the second half of the record that even longtime fans will find to be new and refreshing. The funky Turkish sounding disco on “Intrasport” is one of the most risky songs King Gizzard has created. It truly could be on a virtual dance floor near you with 10 different remixes tomorrow. It should be one of the most hated tracks on the album but I will tell you my foot taps to it every time I play it. It is a fashionable guilty pleasure with no questions asked. The incorporated rock moments during “Ontology” along with the closing “The Hungry Wolf Of Fate,” which is a fantastic psych rock slow burner with grit and power, shows a foot forward from the microtonal pieces found on volume 1.

I will admit that K.G. may be an album that burns brighter with more spins. “Straws In The Wind” on the surface appears to be so innocent but its vibrant acoustic guitars cut through a tension that just glows when you have your headphones on. There are new pieces you will hear with every rotation so this record once again has a high replay value. I do think that being isolated from the world (and even their own mates) finds King Gizzard keeping this music closer to home as well. The ten tracks here do sound like they have been created by all the different elements of the band’s past discography. That is not a bad thing if you are fan but overall I think it slightly holds K.G. back from being one of the groups best long players. With that said, there are plenty of tracks on here that will not only find their way into future set lists but also will probably become fan favorites. I like that King Gizzard keep rapidly putting out music because I still feel that they are one of the most creative artists on the scene right now and with any given release could have an album of the year in their closet!