What the hell am I seeing? What does it mean? Why am I even in the theatre? What a total and utter waste of time and space. How boring. These thoughts came flooding into my head five minutes into Working With Children. 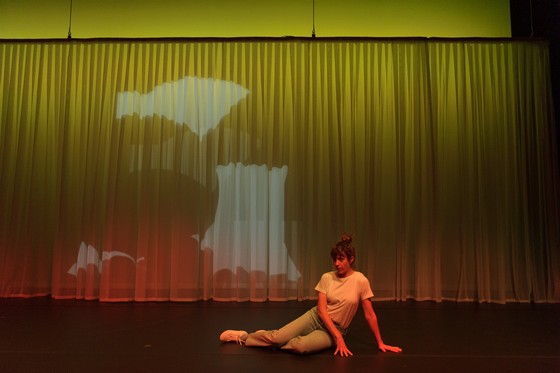 A slightly transparent white curtain and a pair of white runners and folded blue jeans sit are on the stage. Nicola Gunn – who also wrote the work – then enters dressed in a shiny black plastic black and “oils” herself up, “waters” the floor and proceeds to slide the length of the stage area five times. What the?

She strips off the fetish outfit and changes into a pair of jeans, top and runners before regaling us with a series of stories I couldn’t make any sense of … all the while moving about the stage making exaggerated stretching movements. That goes on and on for a very long hour. Then suddenly she brings what seem to be five science experiments. One involves smoke, another a mirror and yet another involves a chemical reaction … and so on.

That’s it … then the piece ends, after 75 minutes.

Apparently, I was meant to understand that Working with Children “uses the moral and ethical ambiguities of working with children to explore the relationship between language and the (sexualised) body, and between naming and authority”. Those words are drawn directly from the program … and quite frankly I don’t understand what they mean, let alone the work itself. 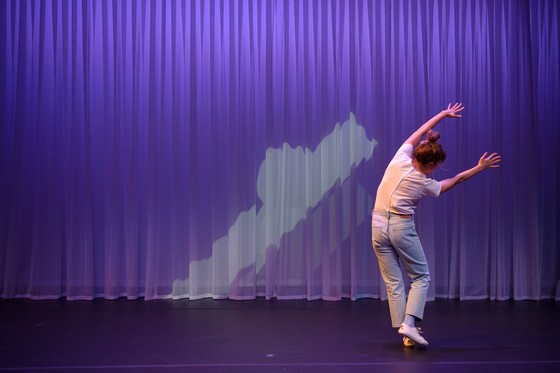 I believe Nicola Gunn is a nice person and she’s clearly creative, but whatever happened to caring about your audience and relating to them?

As performance art, this is the biggest dud I’ve seen for a long while. There’s a note on the MTC website that says latecomers will not be permitted to enter the theatre once the show has started. Boy, do I wish I had been late.

Working With Children is playing at Southbank Theatre, The Lawler, until 29 September 2018.

* I saw the second preview performance of the play.