Wolf Hall dates from a few years ago (2015) but this quality limited series is streaming now on Stan, and it’s well worth catching up with. The series comes from the BBC (of course) and is based on Hilary Mantel’s novel of the same name. Wolf Hall – the book – was the first in Mantel’s “Cromwell trilogy”. It was published in 2009, followed by Bringing Up the Bodies (2012) and The Mirror and the Light (2020). Mantel won the Booker Prize for both the first two books in the trilogy. What chance a three-peat this year? 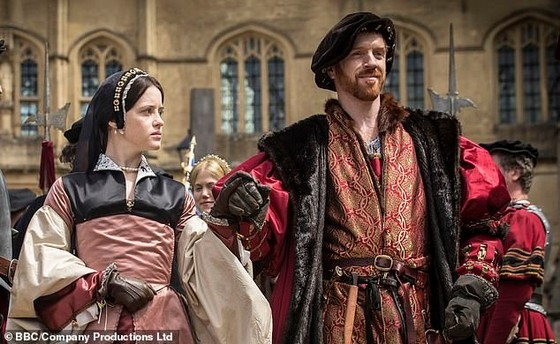 Wolf Hall charts the rise of Thomas Cromwell (Mark Rylance) as adviser, protector and fixer for King Henry VIII (Damian Lewis). The series covers the period from Henry’s attempts to rid himself of his first wife, Katherine of Aragon (Joanne Whalley) through his split with the Pope and the establishment of the Church of England. Key in all this of course was Henry’s paramour, and later second wife, Anne Boleyn (Claire Foy). And in truth, Wolf Hall is less about Cromwell and Henry than it is about Anne.

Director Peter Kosminsky crafts an intricately woven tale of passion, court whispers, espionage and intrigue. His cause is aided tremendously by the fact Mantel co-wrote the screenplay in association with Peter Straughan (The Goldfinch), so it’s as close to the novel as you’re ever going to get in this format. The six one-hour episodes give the story room to “breathe”, so Kosminsky can explore the plot and his characters in greater detail. The result is an engrossing period drama.

I will say I had some difficulty with episode 1. It has to set the scene, establish the characters and put everything in motion. That’s a lot to do, and Kosminsky’s choice to use flashbacks liberally makes it a bit confusing. But from episode 2, things really ramp up and series hits its straps. The stakes are slowly but surely cranked up, until the story reaches a gut-wrenching climax. As a little aside, I enjoyed the evocative episode titles, which include “The Devil’s Spit” and “Master of Phantoms”.

Mark Rylance (Dunkirk) portrays Cromwell pretty much as written by Mantel – that is, as a rather dry, taciturn bureaucrat. But he also brings out Cromwell’s absolute loyalty to Henry; a loyalty that drives him to do despicable things. I got the impression that had he been born 500 years later, he could be Adolf Eichmann. Damian Lewis (Once Upon a Time… in Hollywood) is more ebullient as Henry, though he also imbues the character with a sharp intelligence. Several other notable British actors appear in the series, including a very young-looking Tom Holland (Spider-Man: Far From Home). But Claire Foy towers over them all as the tempestuous, arrogant Anne. Her character isn’t particularly likeable – notably in the early episodes – but by the end of episode 6, she’s completely turned that around.

If you like historical drama, Wolf Hall will be absolute catnip for you. But even if it’s not really your bag, this is a fantastic limited series with real quality.