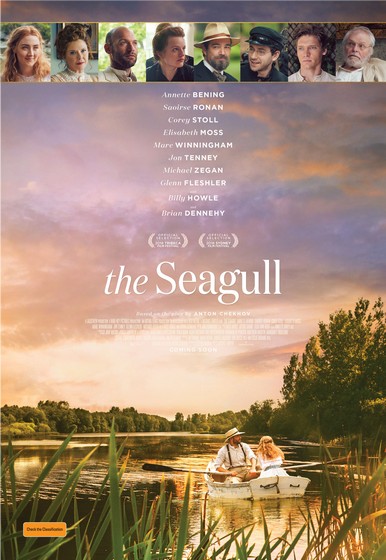 Based on Anton Chekhov’s classic play, The Seagull explores the obsessive nature of love. One summer at a lakeside Russian estate, friends and family gather for a weekend in the countryside. While everyone is caught up in passionately loving someone who loves somebody else, a tragicomedy unfolds. Aristocratic actress Irina (Annette Bening) pays summer visits to her brother Sorin (Brian Dennehy) and her son Konstantin (Billy Howle). Her lover, the successful novelist Boris Trigorin (Corey Stoll), accompanies her. When Nina (Saoirse Ronan), a free and innocent girl who lives on a neighbouring estate, falls in love with Boris, he basks in her adulation, while Irina is shunned by Konstantin, who loves Nina. Meanwhile, Masha (Elisabeth Moss) fights a battle with her own unrequited love.

The Seagull is a story of obsessive love. In 2014 Elisabeth Moss starred with Mark Duplass in a quirky tale of unusual love in which film directed by Charlie McDowell?