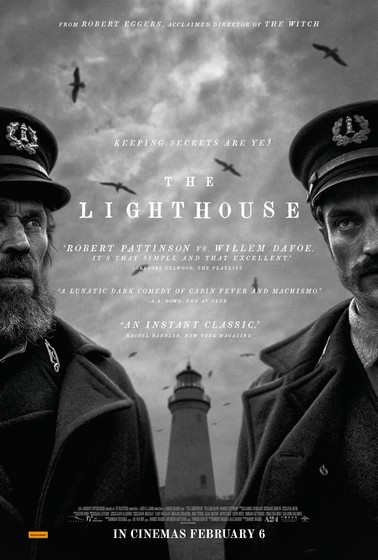 We have 5 double in-season passes thanks to Universal Pictures Australia.

From Robert Eggers, the visionary filmmaker behind modern horror masterpiece The Witch, comes this hypnotic and hallucinatory tale of two lighthouse keepers on a remote and mysterious New England island in the 1890s. Starring Willem Dafoe and Robert Pattinson, The Lighthouse is in selected cinemas from Feb 6.

Robert Pattinson cut his teeth in horror – of sorts – when he starred in which movie franchise opposite Kristin Stewart?