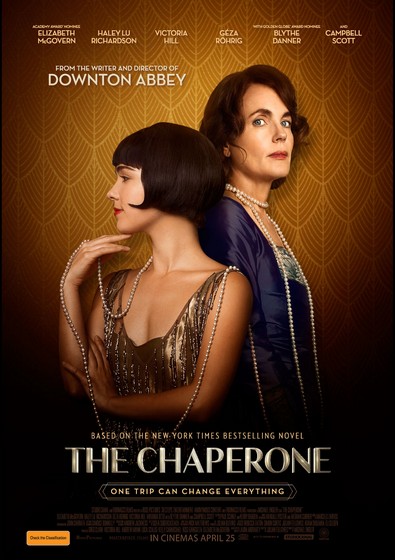 The Chaperone takes place amid the backdrop of the tumultuous times of the early 1920’s. The life of a Kansas woman (Elizabeth McGovern, Downton Abbey) is forever changed when she chaperones a beautiful and talented 15-year-old dancer named Louise Brooks to New York for the summer. One of them is eager to fulfill her destiny of dance and movie stardom; the other hopes to unearth the mysteries of her past.

The film reunites the writer, director and star of Downton Abbey TV Series. The Chaperone, based on Laura Moriarty’s best-selling book, is scripted by Julian Fellowes, directed by Michael Engler, and stars Elizabeth McGovern, who played Lady Grantham in the hit series.

While Elizabeth McGovern is best known for Downton Abbey of course. But her first feature film role in 1980 was a pretty good one too. She appeared alongside Timothy Hutton and Donald Sutherland in which Oscar winning film directed by Robert Redford?