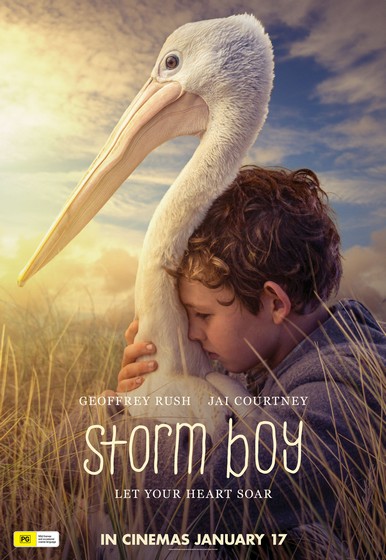 A beautiful and contemporary retelling of Colin Thiele’s classic Australian tale. ‘Storm Boy’ has grown up to be Michael Kingley, a successful retired businessman and grandfather. When Kingley starts to see images from his past that he can’t explain, he is forced to remember his long-forgotten childhood, growing up on an isolated coastline with his father. He recounts to his grand-daughter the story of how, as a boy, he rescued and raised an extraordinary orphaned pelican, Mr Percival. Their remarkable adventures and very special bond has a profound effect on all their lives. Based on the beloved book, Storm Boy is a timeless story of an unusual and unconditional friendship.

Remarkably, both the 1976 and 2019 versions of Storm Boy feature one of Australia’s most awarded actors, as (first) Fingerbone Bill; and as his father. Who is that actor?