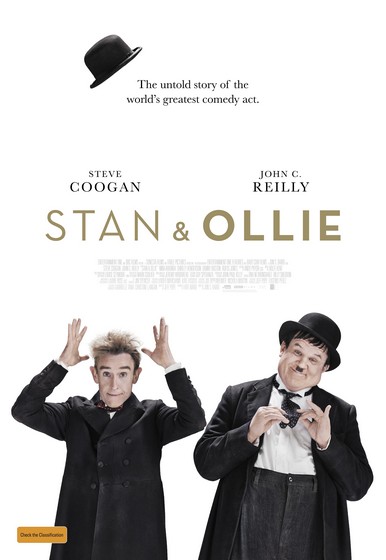 Steve Coogan and John C. Reilly star as Laurel and Hardy, the world’s most famous comedy duo, attempt to reignite their film careers as they embark on what becomes their swan song – a gruelling theatre tour of post-war Britain.

It’s been a busy year for John C Reilly. As well as starring in Stan & Ollie, he provided the voice of a famous “wrecker” in which 2018 animated film that also featured the voices of Sarah Silverman and Gal Gadot?