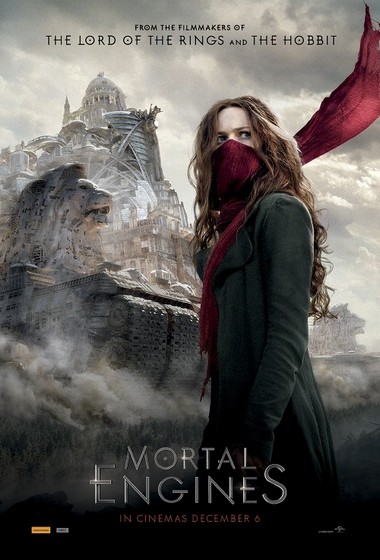 Following the conclusion of The Hobbit and The Lord of the Rings trilogies, three-time Academy Award®-winning filmmakers Peter Jackson and Fran Walsh return to the screen with a startling and sweeping new vision of a future where Earth’s cities now roam the globe on huge wheels, battling each other in a struggle for ever diminishing resources. This is the world of MORTAL ENGINES, the story of how two unlikely heroes come together and change the course of the future. Universal and MRC’s epic adaptation of the award-winning book series from Philip Reeve, MORTAL ENGINES is directed by Oscar®-winning visual-effects pioneer Christian Rivers (King Kong), and in Cinemas December 6.

Mortal Engines stars our own Hugo Weaving, who of course appeared in Peter Jackson’s Lord of the Rings trilogy. What was the name of his character in those films?