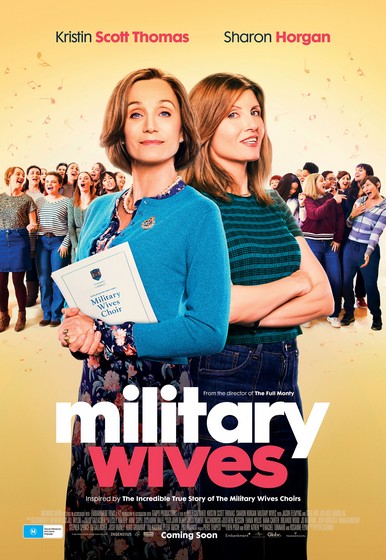 The Full Monty director Peter Cattaneo recruits A-listers Kristin Scott Thomas and Sharon Horgan to lead this inspiring drama about the bravery of the women of war, and the power of the music that saved them.

Inspired by a true-life global phenomenon, Military Wives portrays ordinary women in unbelievably testing circumstances, who find courage in the cathartic power of singing together. The luminous cast belts out pop hits and rock anthems, empowering everyone to overcome their fears together.

Kristin Scott Thomas has been nominated for an Oscar once. The year was 1997. What was the film for which she was nominated?