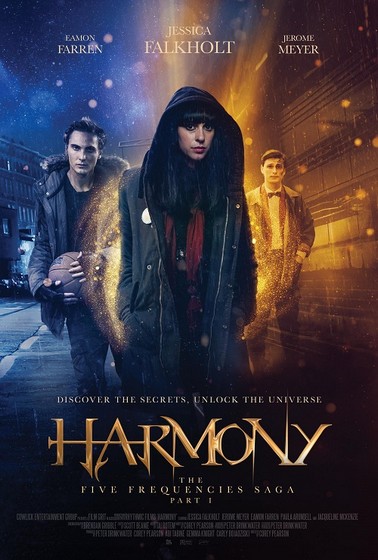 We have 5 double in-season passes thanks to Cowlink Entertainment.

Starring Jessica Falkholt, Jerome Meyer and Eamon Farren, HARMONY is a story of a super-empath, an orphan born with the power to absorb the fear of others. At 21, Harmony (Falkholt) is alone and destitute as she tries to control her power. But her gift comes with suffering, ever increasing as she is haunted by Jimmy (Farren) who thrives on fear. Her world starts to change as she crosses paths with Mason (Meyer), an awkward and innocent soul, who has the effect of shifting the universal powers around them as they start to fall in love. With a universal storm of negative energy encroaching, Harmony must find the strength to control her power to save herself, the one she loves and the world around them. HARMONY is the first chapter in THE FIVE FREQUENCIES SAGA, a supernatural story about the universal balance between the emotions of fear and love.

Harmony features Australian actor Jacqueline McKenzie. She unusually has appeared in both the movie (1992) and TV series (2018) of which controversial Australian film?