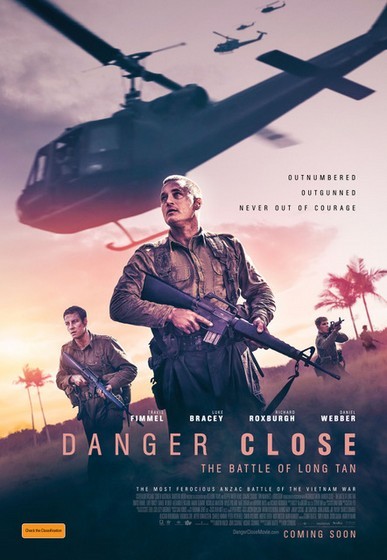 Late afternoon August 18, 1966 South Vietnam – for three and a half hours, in the pouring rain, amid the mud and shattered trees of a rubber plantation called Long Tan, Major Harry Smith and his dispersed company of 108 young and mostly inexperienced Australian and New Zealand solders are fighting for their lives, holding off an overwhelming enemy force of 2,5000 battle hardened Viet Cong and North Vietnamese Soldiers.

Danger Close star Travis Fimmel is Australian, but he came to prominence as the character Ragnar Lothbrok in which History Channel TV show that’s set a long, long way from Australian shores?