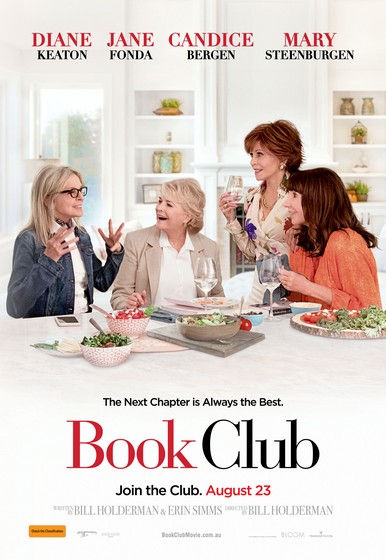 Four lifelong friends have their lives turned upside down to hilarious ends when their book club tackles the infamous Fifty Shades of Grey. Diane (Diane Keaton) is recently widowed after 40 years of marriage. Vivian (Jane Fonda) enjoys her men with no strings attached. Sharon (Candice Bergen) is still working through a decades- old divorce. Carol’s (Mary Steenburgen) marriage is in a slump after 35 years. From discovering new romance to rekindling old flames, they inspire each other to make their next chapter the best chapter.

The cast of Book Club includes three women who have won acting Oscars. Jane Fonda and Mary Steenburgen are two of them; who is the third?