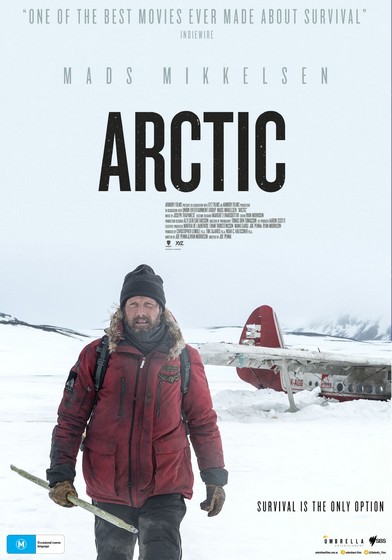 A man stranded in the Arctic is finally about to receive his long-awaited rescue. However, after a tragic accident, his opportunity is lost. He must then decide whether to remain in the relative safety of his camp or to embark on a deadly trek through the unknown for potential salvation. Mads Mikkelsen (Rogue One, Casino Royale, The Hunt) gives a physical, career-best performance in this gripping survival thriller. A nail-biting tale of heroism set against a stunning glacial backdrop.

Survival as a theme in movies has had a pretty good run lately. In fact, in 2016 a film about a man surviving in the wilderness won Leonardo DiCaprio an Oscar for Best Actor. What was that movie?