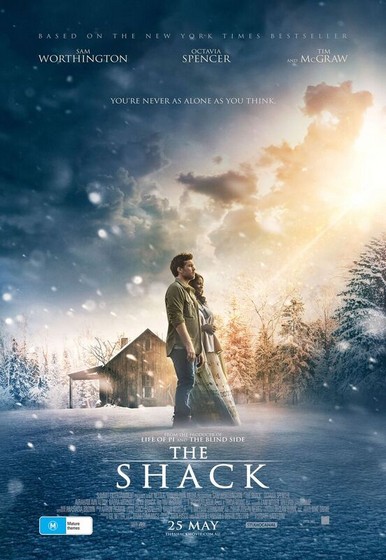 Based on the New York Times best-selling novel, The Shack takes us on a father’s uplifting spiritual journey. After suffering a family tragedy, Mack Phillips (Sam Worthington, AVATAR) spirals into a deep depression causing him to question his innermost beliefs. Facing a crisis of faith, he receives a mysterious letter urging him to an abandoned shack deep in the Oregon wilderness. Despite his doubts, Mack journeys to the shack and encounters an enigmatic trio of strangers led by a woman named Papa (Academy Award® winner Octavia Spencer, HIDDEN FIGURES). Through this meeting, Mack finds important truths that will transform his understanding of his tragedy and change his life forever.

Star of The Shack, Sam Worthington, was recently seen as a soldier in which 2016 war movie directed by Mel Gibson?