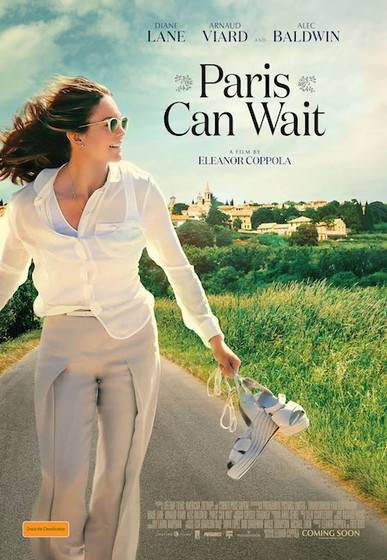 Eleanor Coppola’s narrative directorial and screenwriting debut stars Academy Award® nominee Diane Lane as a Hollywood producer’s wife who unexpectedly takes a trip through France, which reawakens her sense of self and her joie de vivre. Anne (Lane) is at a crossroads in her life. Long married to a successfully driven but inattentive movie producer (Alec Baldwin), she finds herself taking a car trip from Cannes to Paris with a business associate of her husband (Arnaud Viard). What should be a seven-hour drive turns into a journey of discovery involving picturesque sights, fine food and wine, humour, wisdom, and much more.

In the movie Paris Can Wait, Alec Baldwin plays a movie producer. In which long running television comedy did he play a television executive?

4 thoughts on “CLOSED: Win tickets to Paris Can Wait”