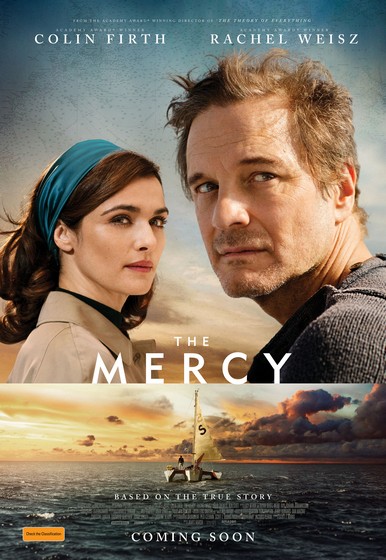 Based on the incredible true story that captivated the world, Academy Award® winners Colin Firth and Rachel Weisz take us on the extraordinary journey of amateur sailor Donald Crowhurst’s dangerous solo voyage as he attempts to win the first non-stop single-handed round-the-world yacht race. From Academy Award® winning director James Marsh, The Mercy sails into in cinemas March 8.