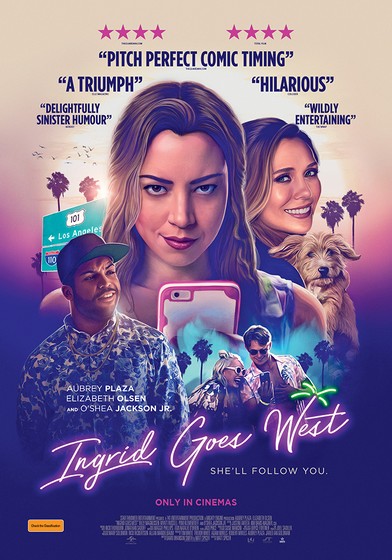 An indie hit in the US and on the international Festival circuit, INGRID GOES WEST stars Aubrey Plaza as Ingrid Thorburn an unhinged social media stalker who sets her sights on Taylor Sloane (Elizabeth Olsen) an Instagram-famous “influencer” whose perfectly curated, boho-chic lifestyle becomes Ingrid’s latest obsession. When Ingrid moves to LA and manages to insinuate herself into the social media star’s life, their relationship quickly goes from #BFF to #WTF.