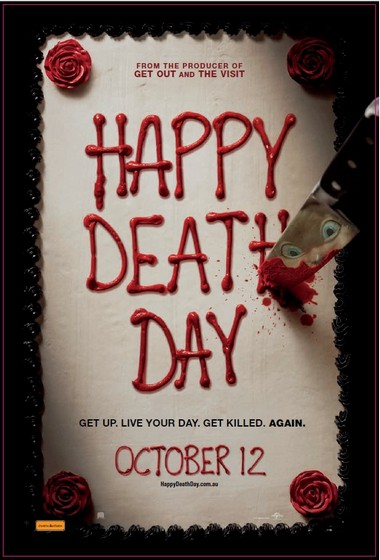 Blumhouse (Split, Get Out, Paranormal Activity series) produces an original and inventive rewinding thriller in HAPPY DEATH DAY, in which a college student (Jessica Rothe, La La Land) relives the day of her murder with both its unexceptional details and terrifying end until she discovers her killer’s identity. HAPPY DEATH DAY is directed by Christopher Landon (Paranormal Activity: The Marked Ones). In Cinemas October 12. www.HappyDeathDay.com.au

Director of Happy Death Day, Christopher Landon, wrote the screenplay to which 2007 film that featured a young Shia LaBeouf?